Journey to the Center of a 3D Printer

← Fallout Fun So What Is Conductive Paint? →

As many library goers know, we have offered 3D printing services for about 10 months. During this time we have had dozens of prints and have spent a lot of time experimenting with using a 3D printer. Therefore it is no surprise that our 3D printer has seen a lot of use since we first purchased it in February 2015.

Quite often, as with many technologies in this world, things go wrong. Many an hour has been spent troubleshooting the printer as I am sure would be the case for almost any printer of this type. Clogged extruder heads, broken filament, heating issues, print plate adhesion are some of the issues we have faced and have , I am happy to say, overcome.

However, this new problem was a new one for us. The printer has two cartridges that attach to the sides of the unit. Both are held in place with clips and when they are installed right a motor shaft connects with the cartridge, which then drives a gear to push the filament into the extruder head. The motor shaft is designed to have a square end to engage the gear. Now, image a screw that becomes stripped while trying to remove it. This is what happened to the shaft. Each clogged cartridge and forces the filament to stop moving, however the motor does not know that, so it keeps trying to spin the shaft. Thus, over time, the square end wore down to a circle. 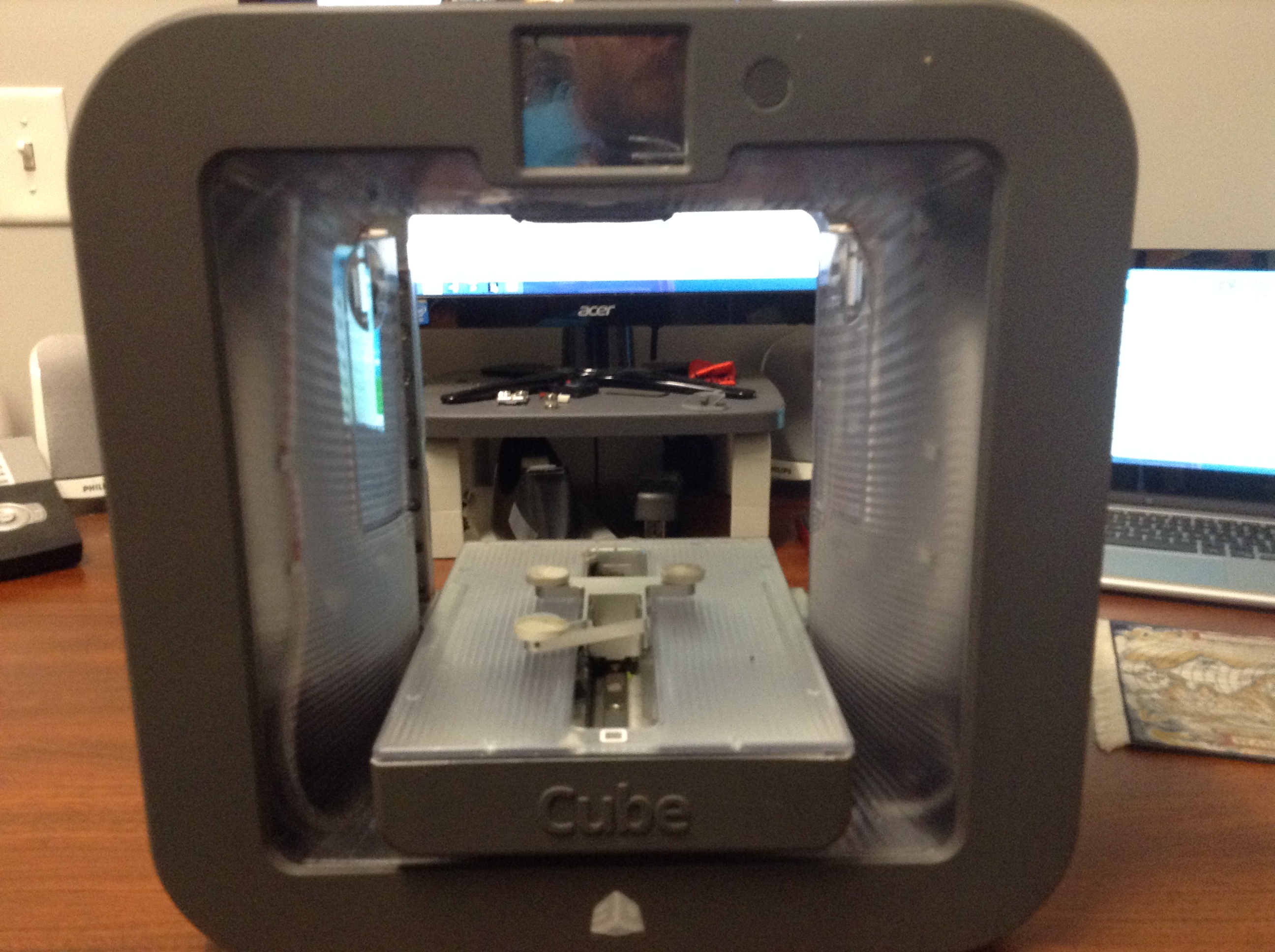 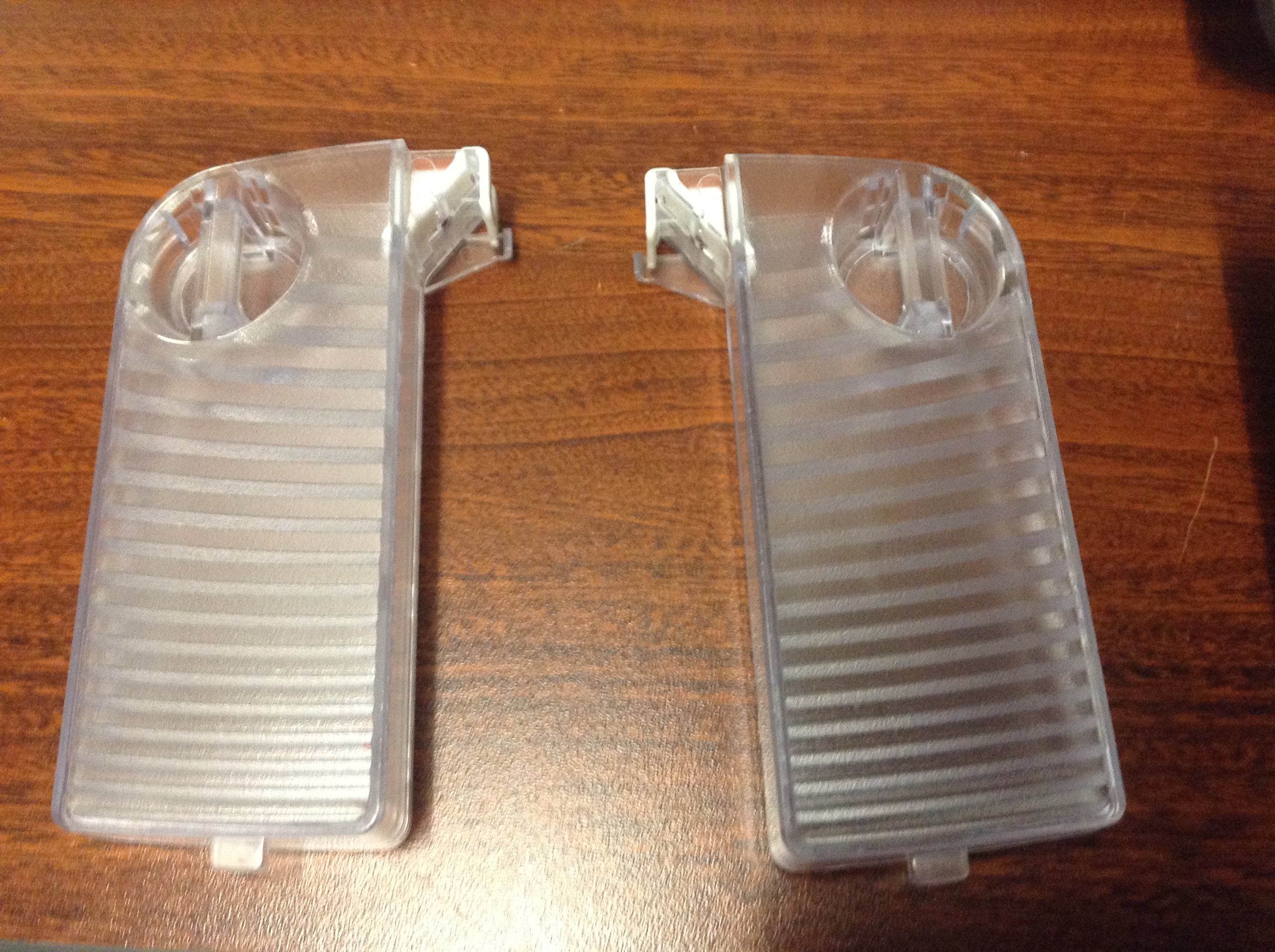 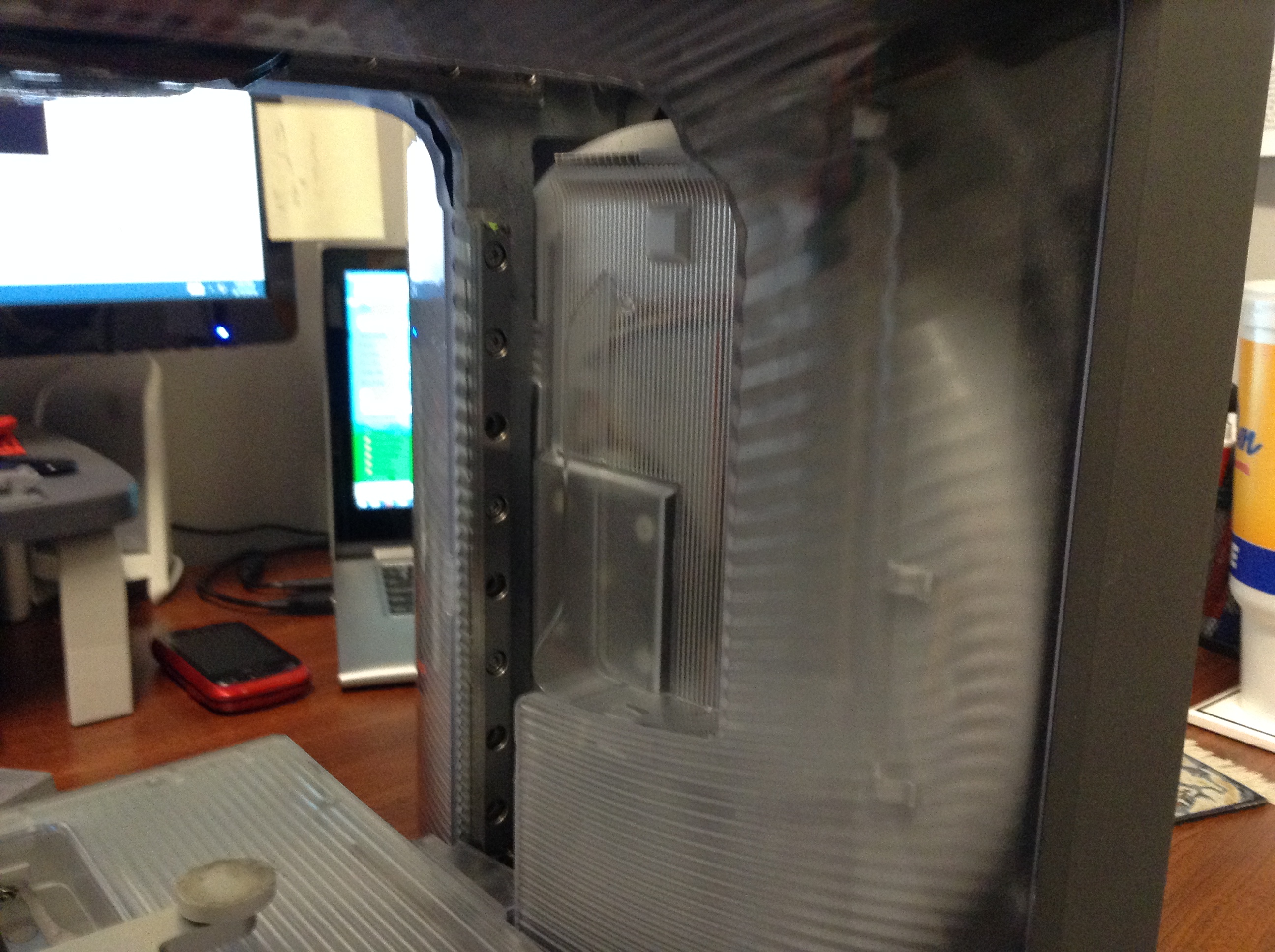 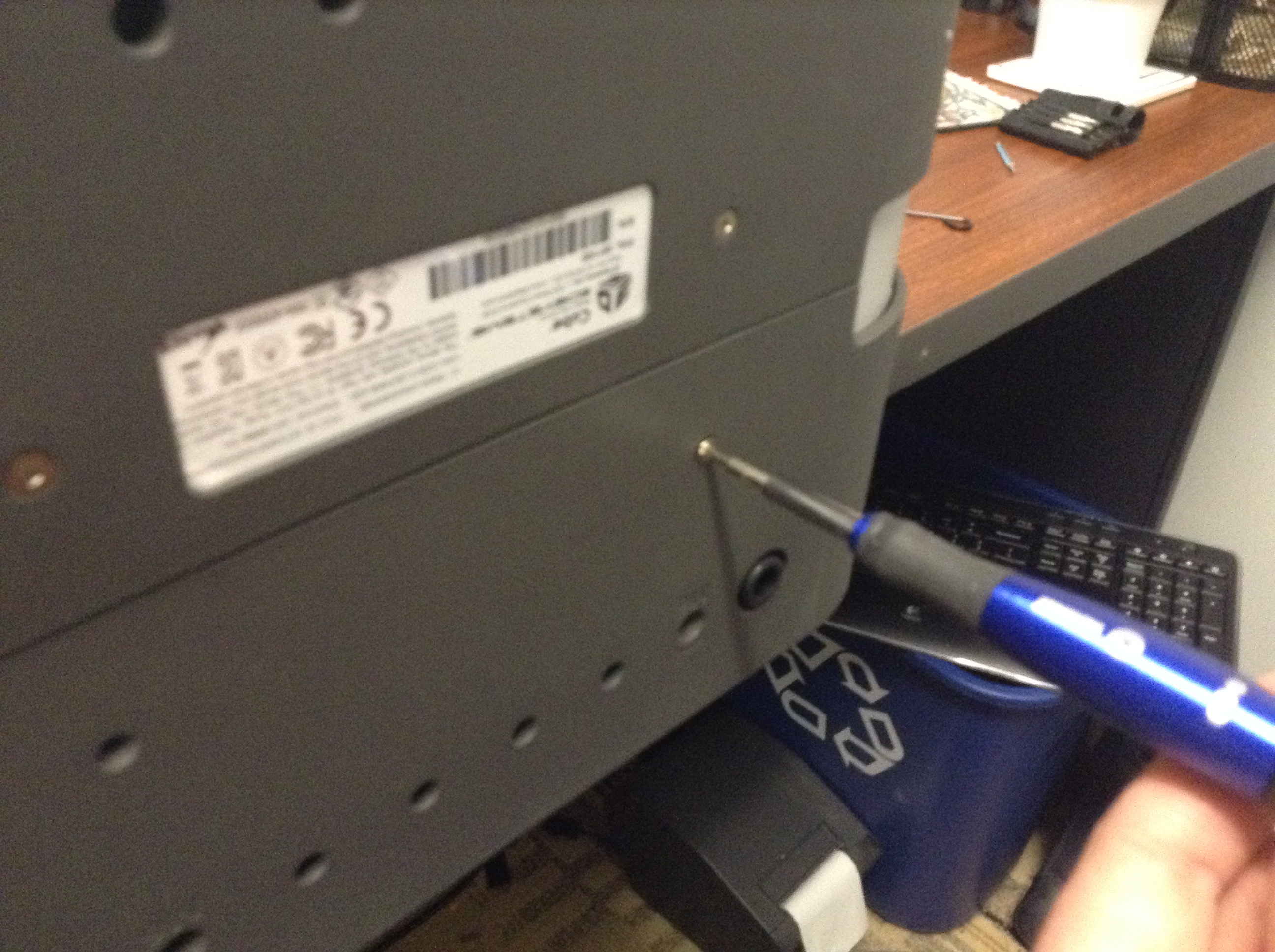 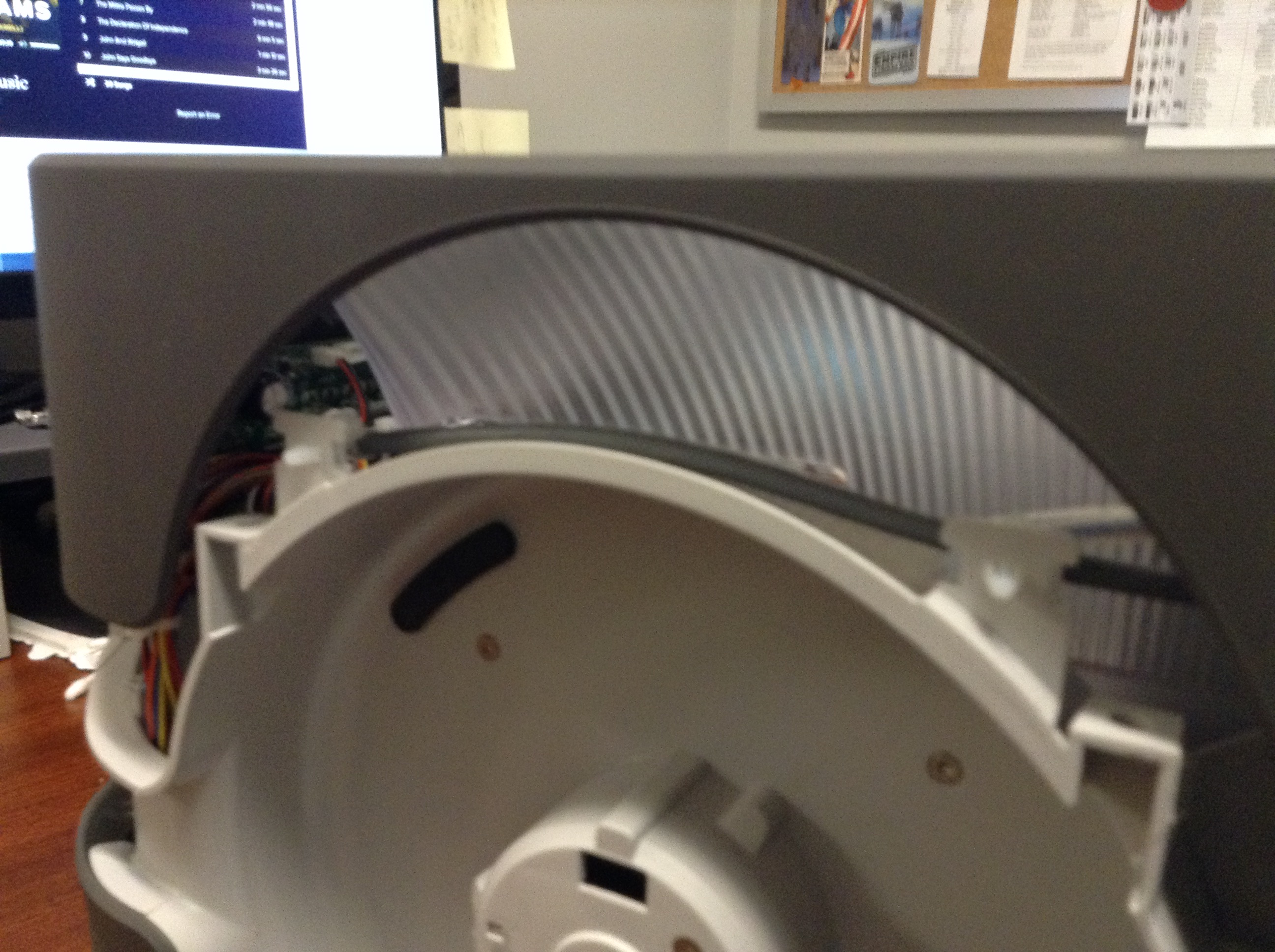 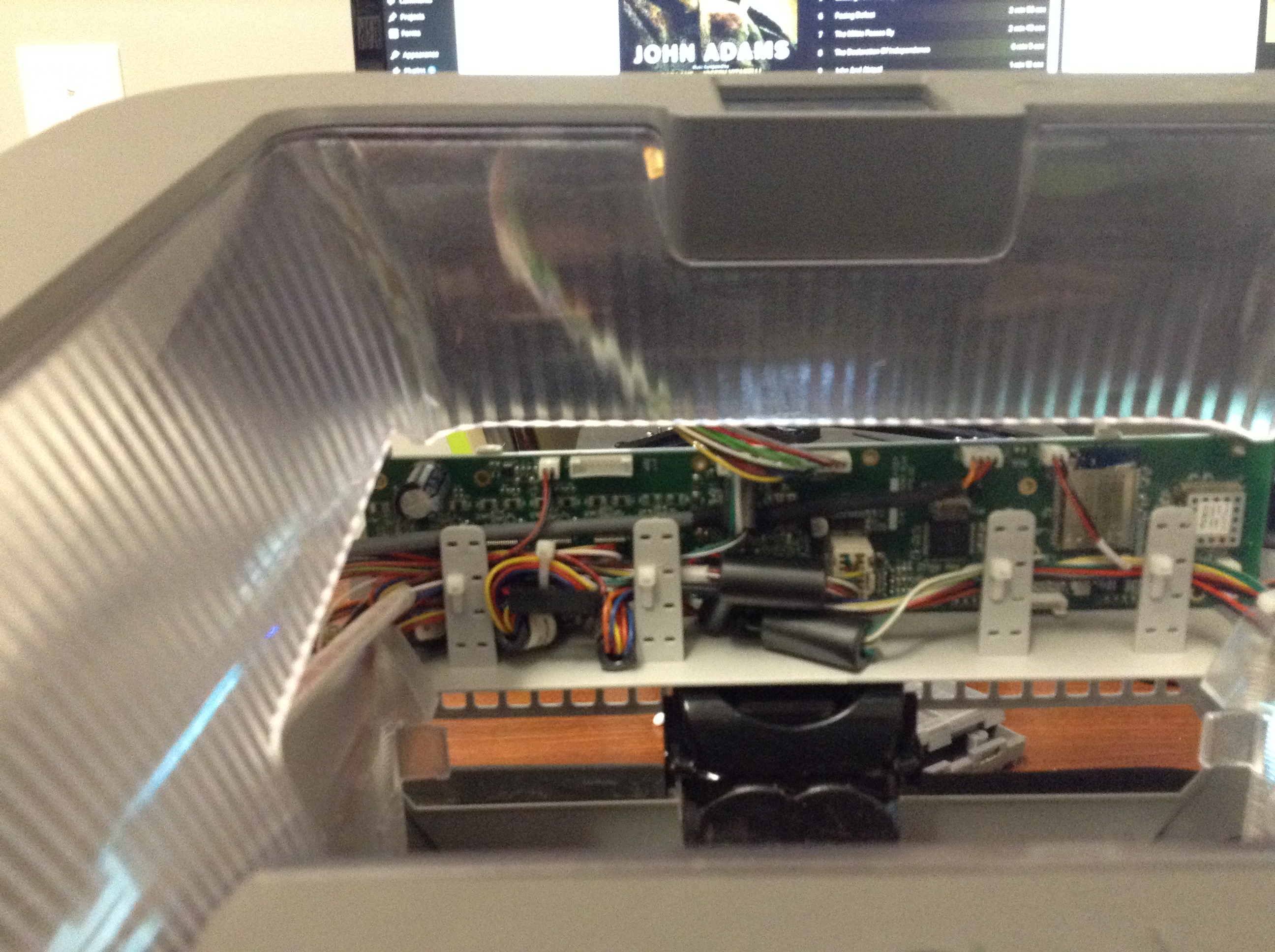 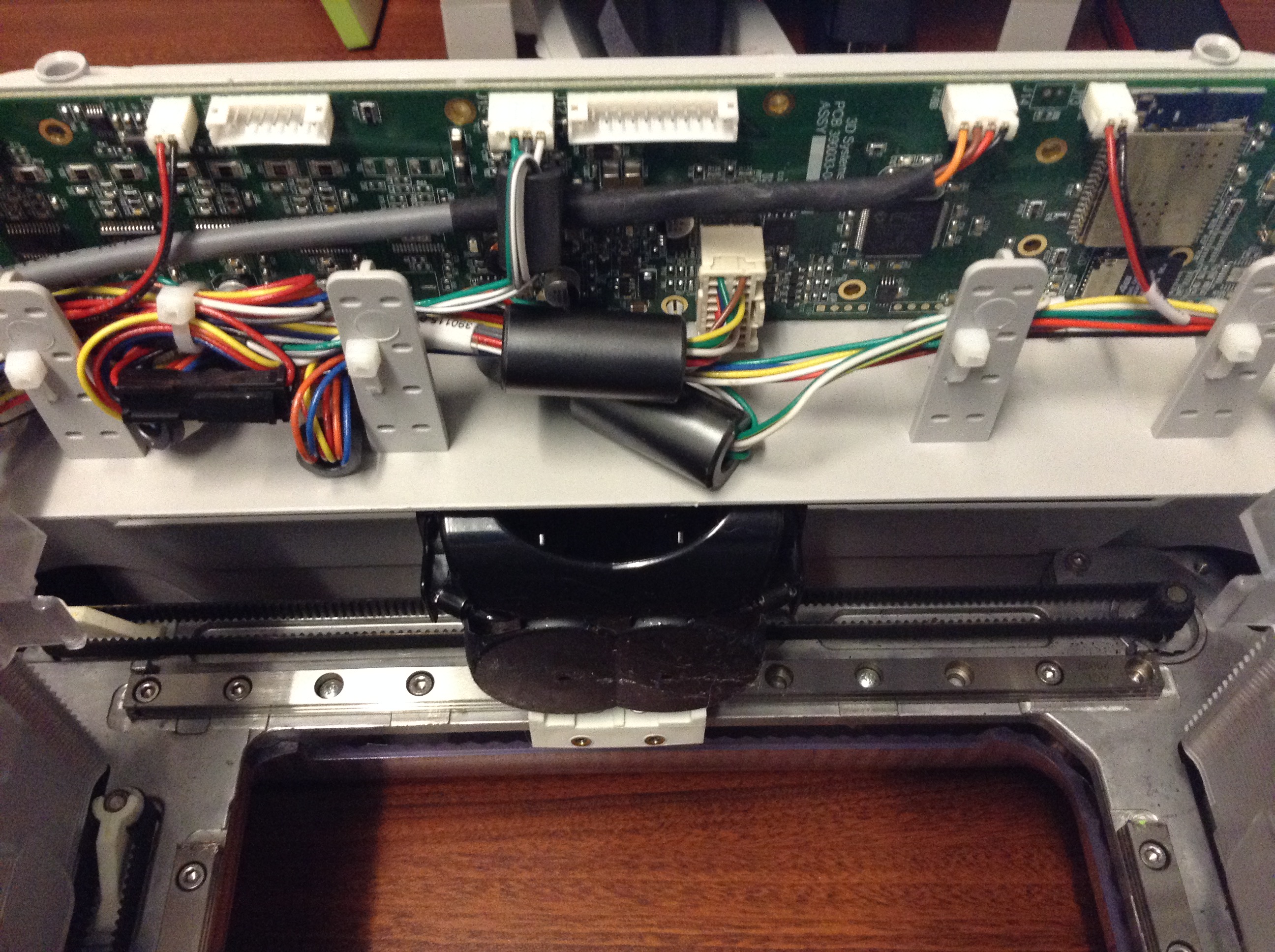 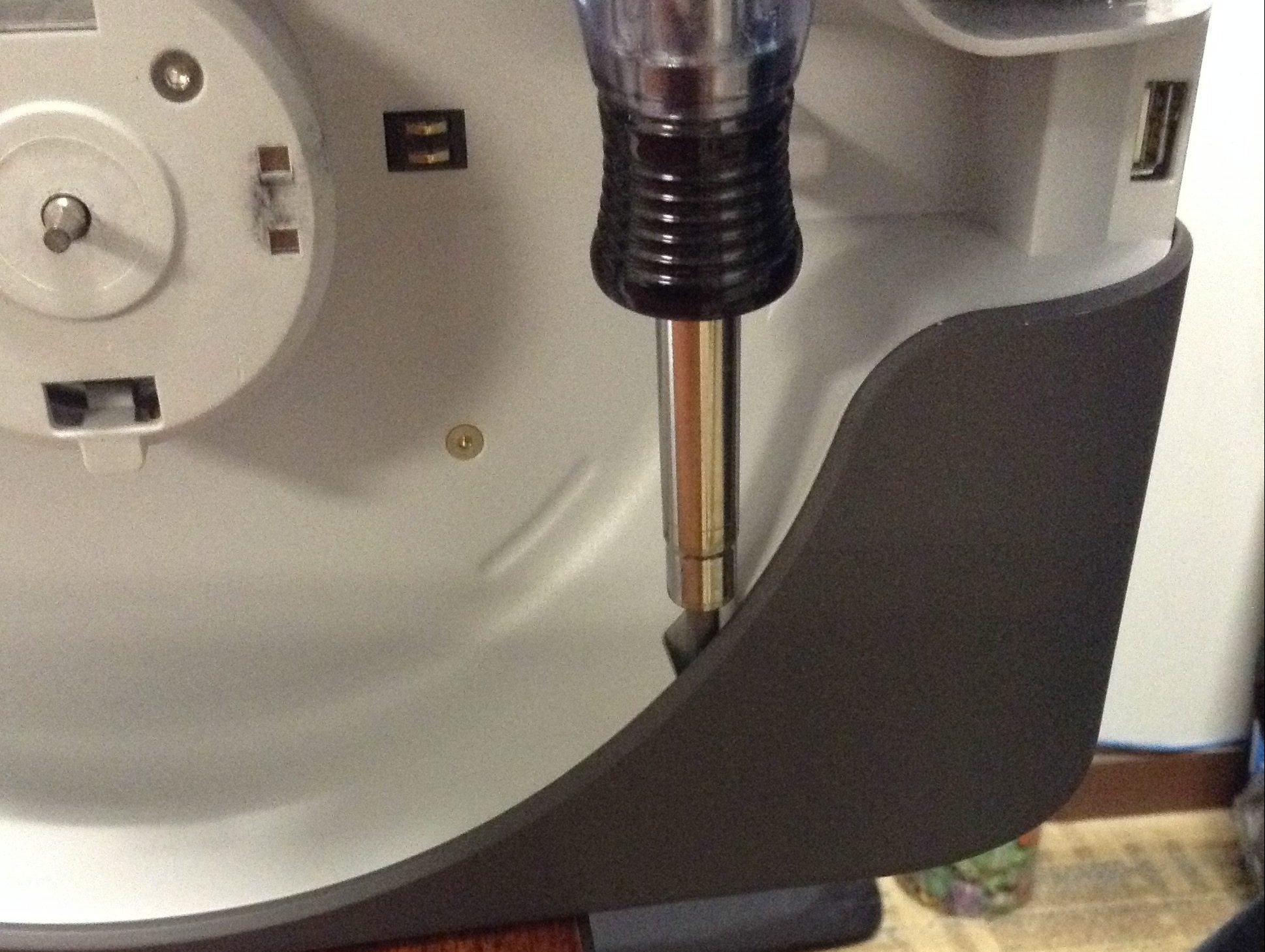 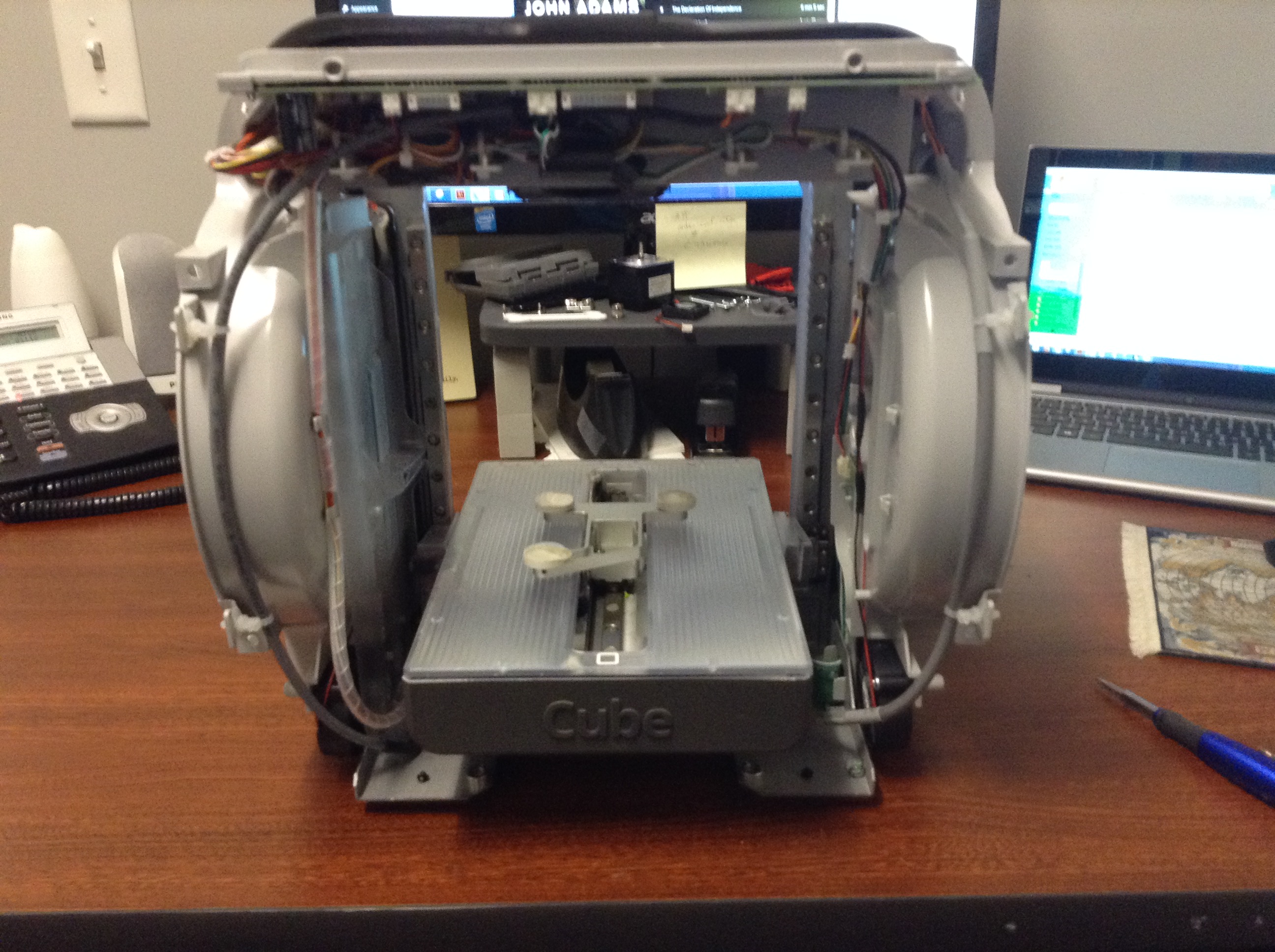 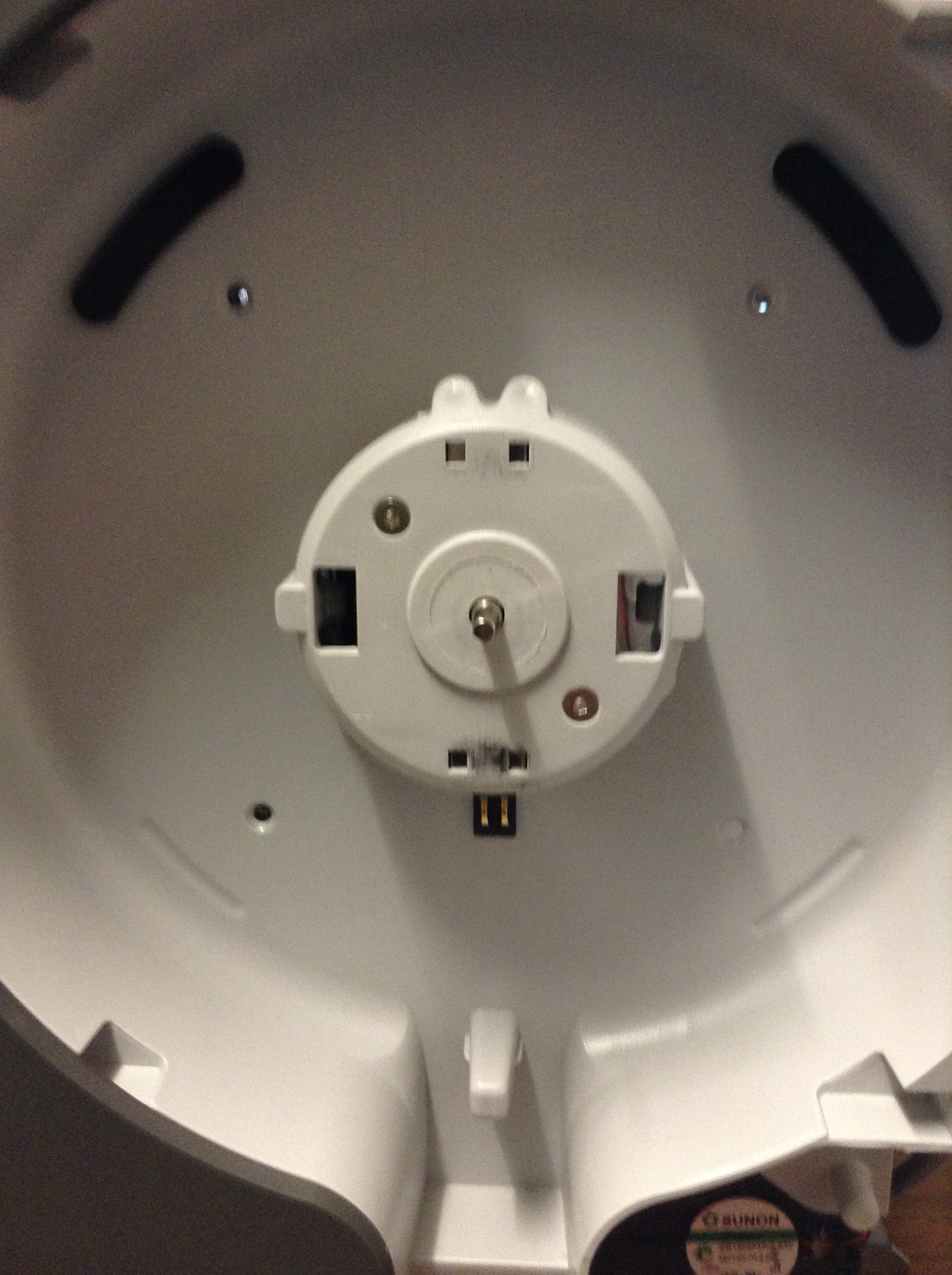 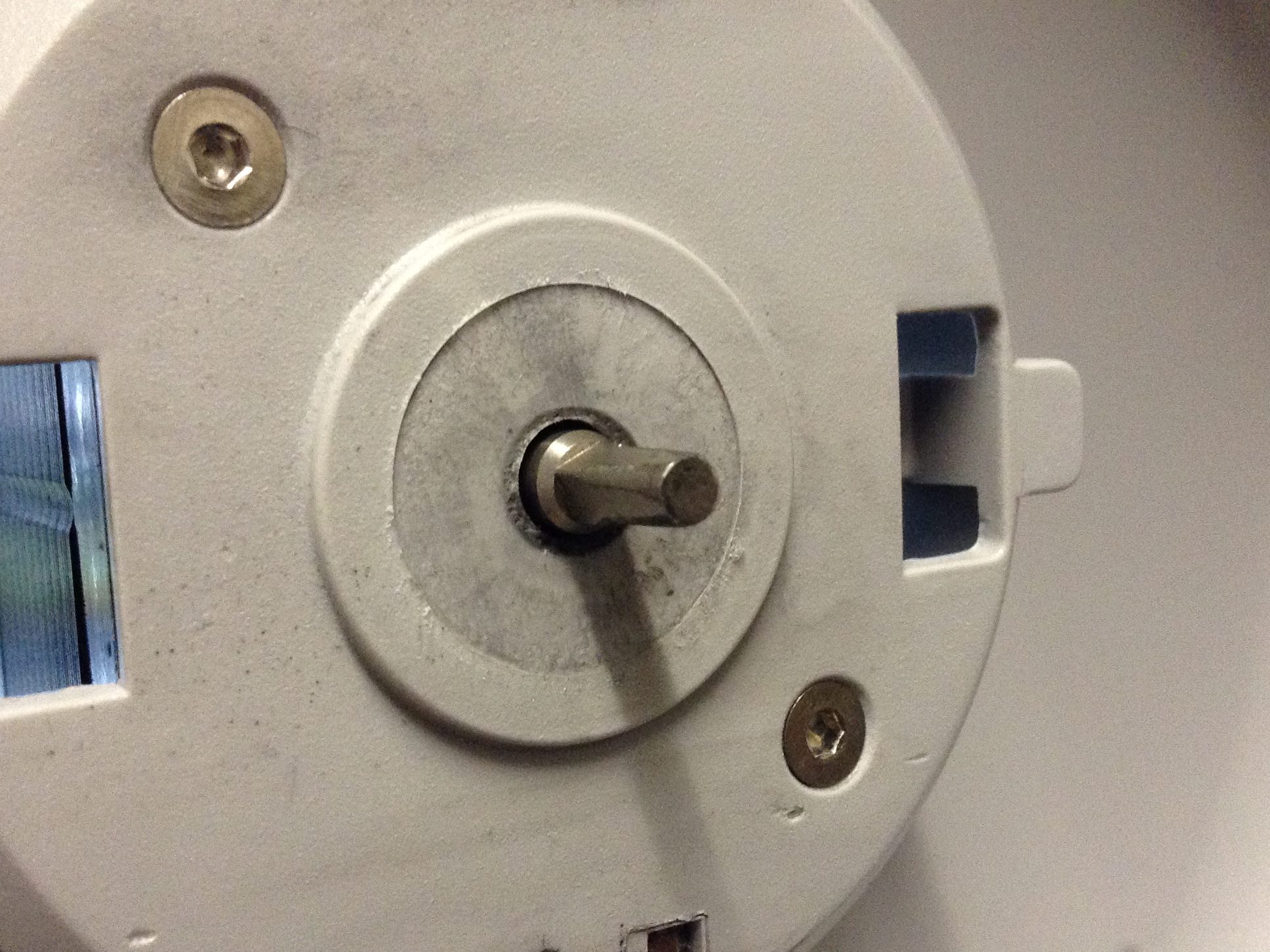 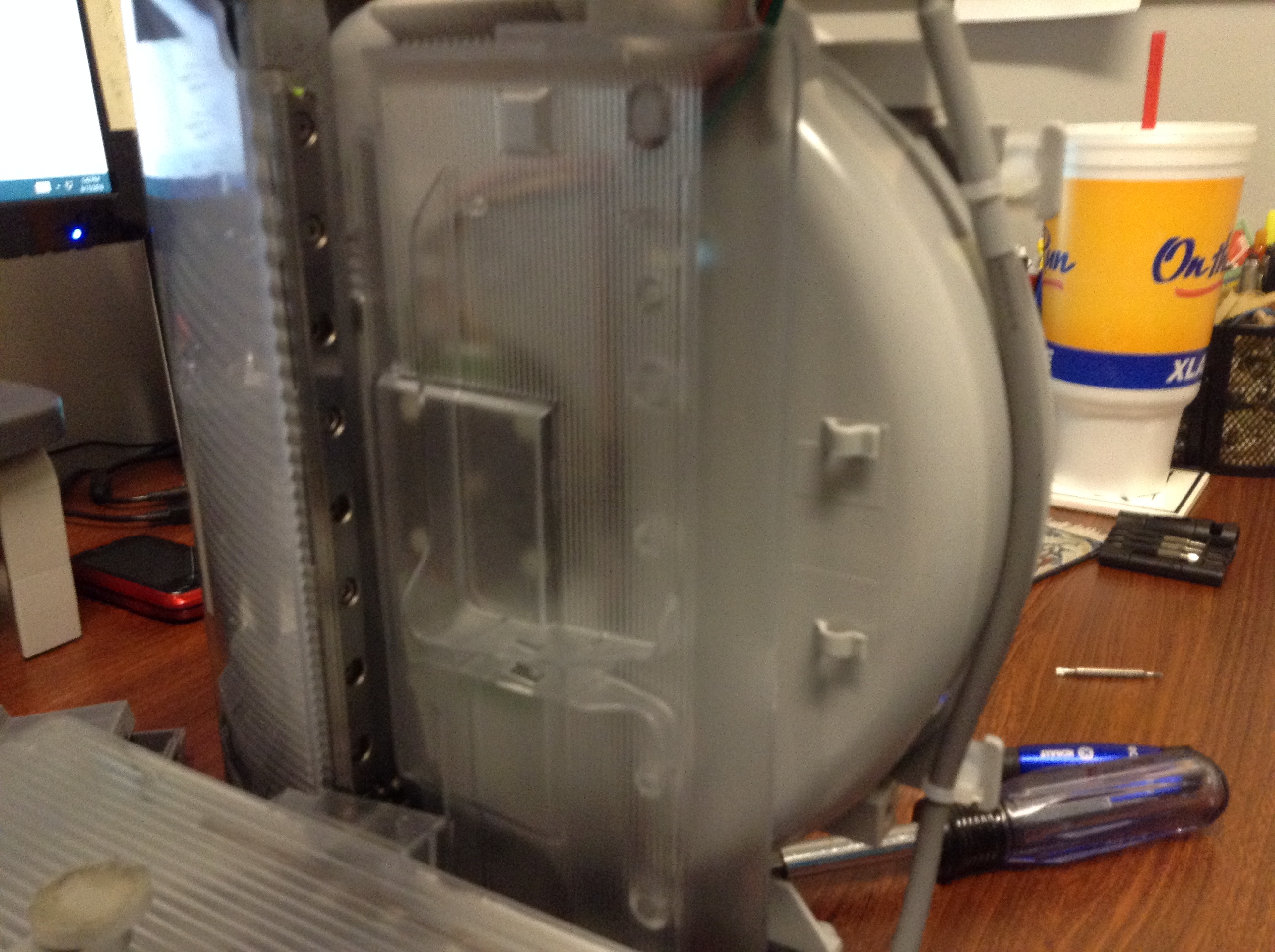 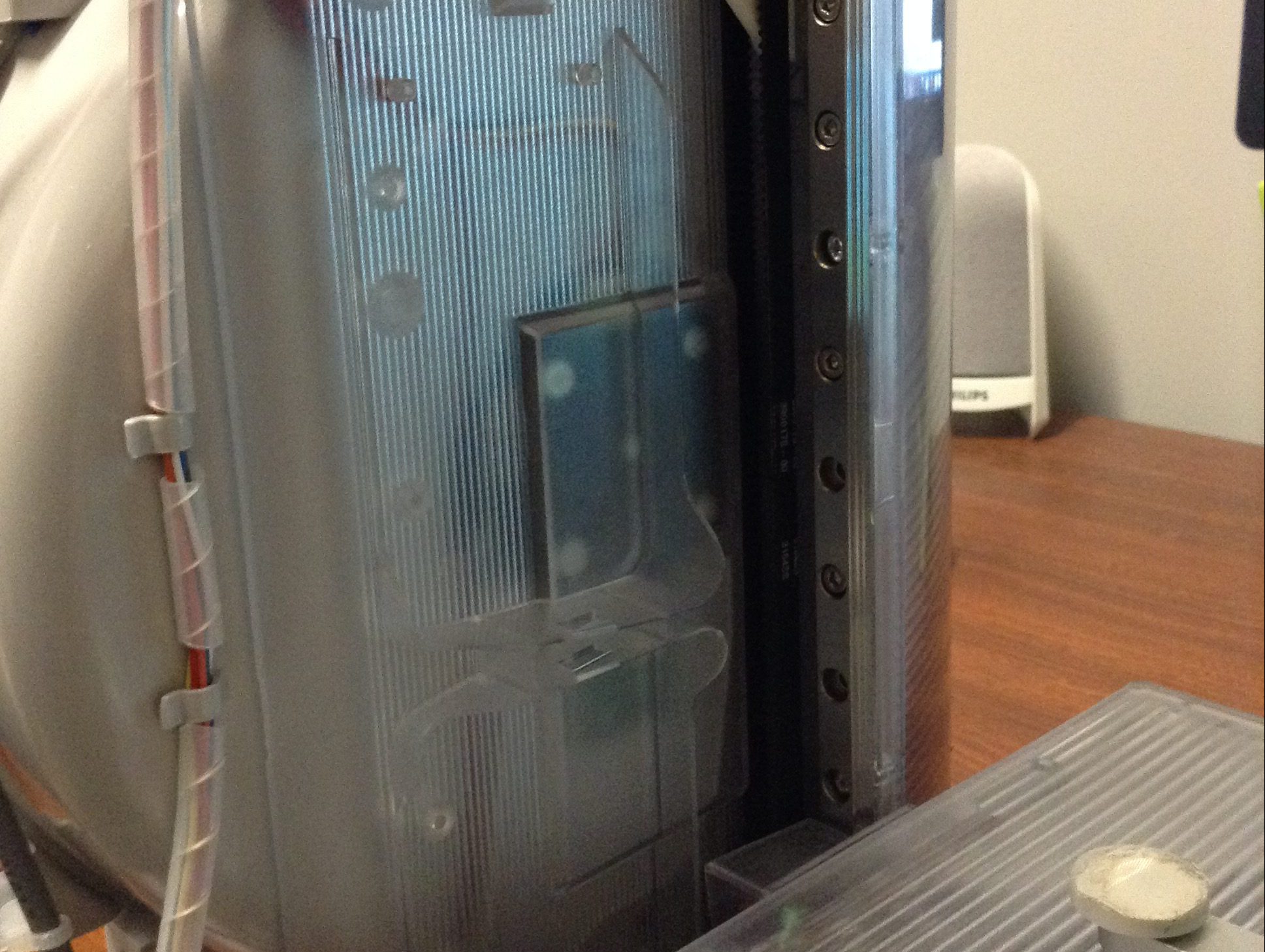 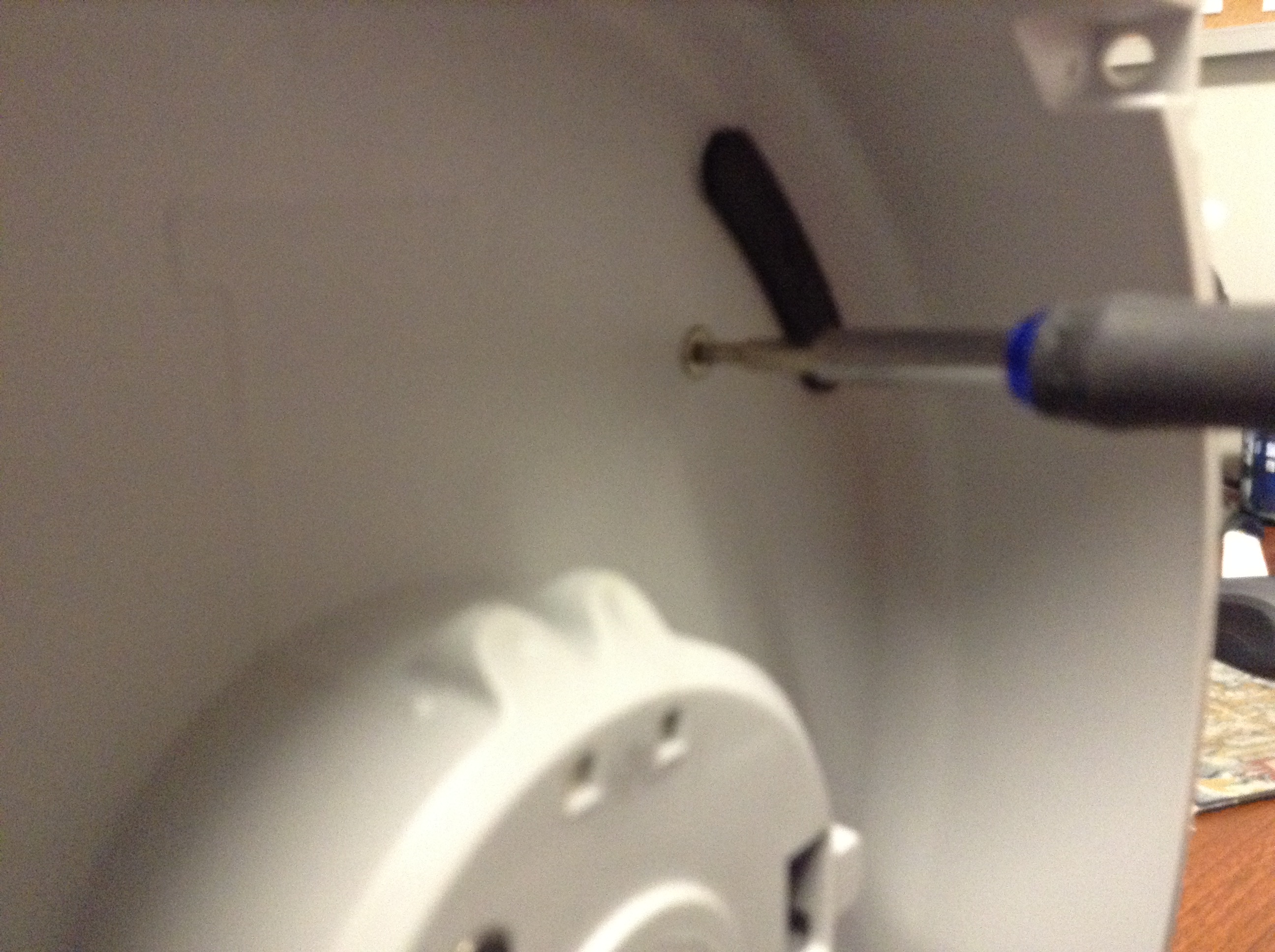 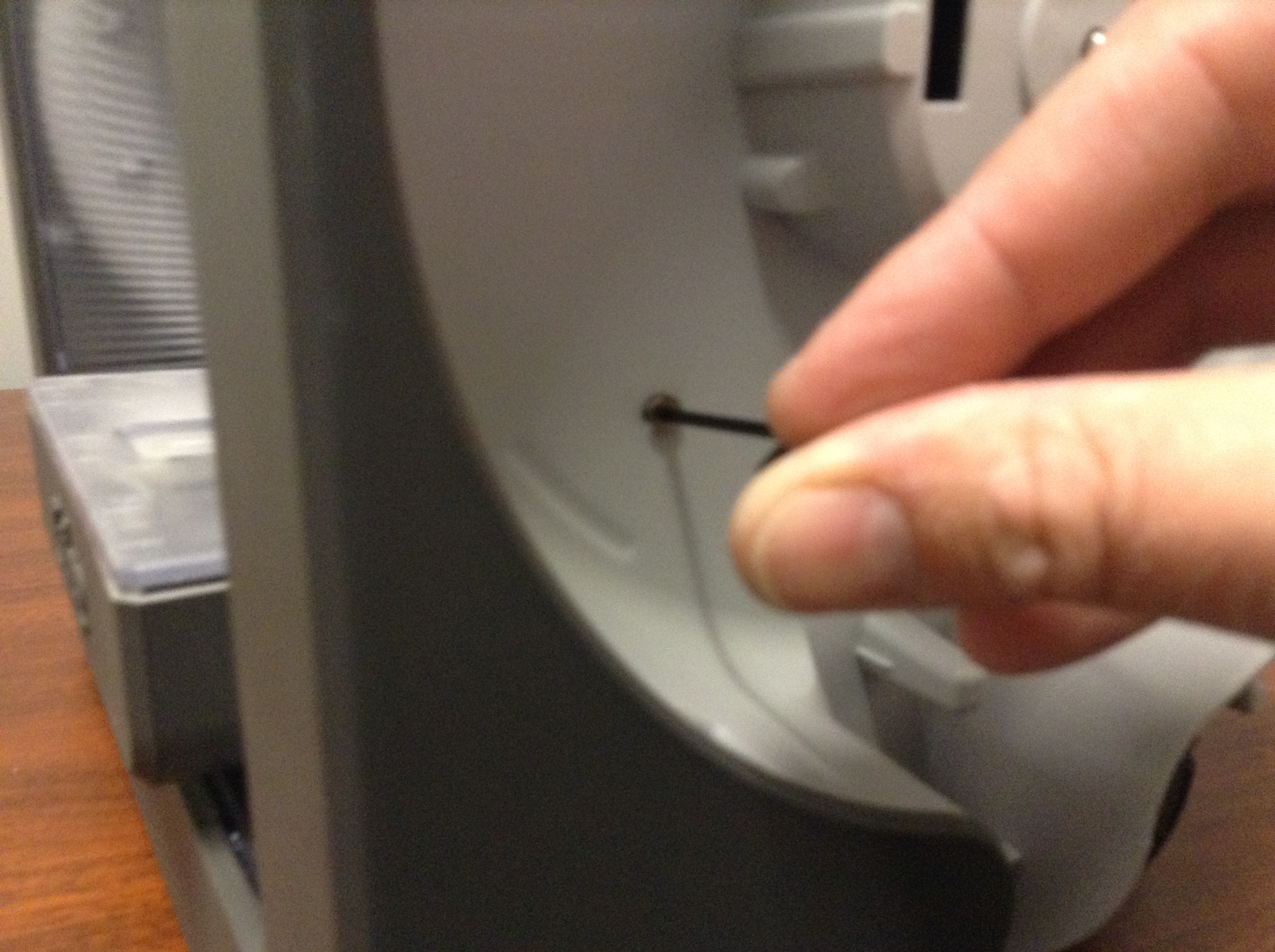 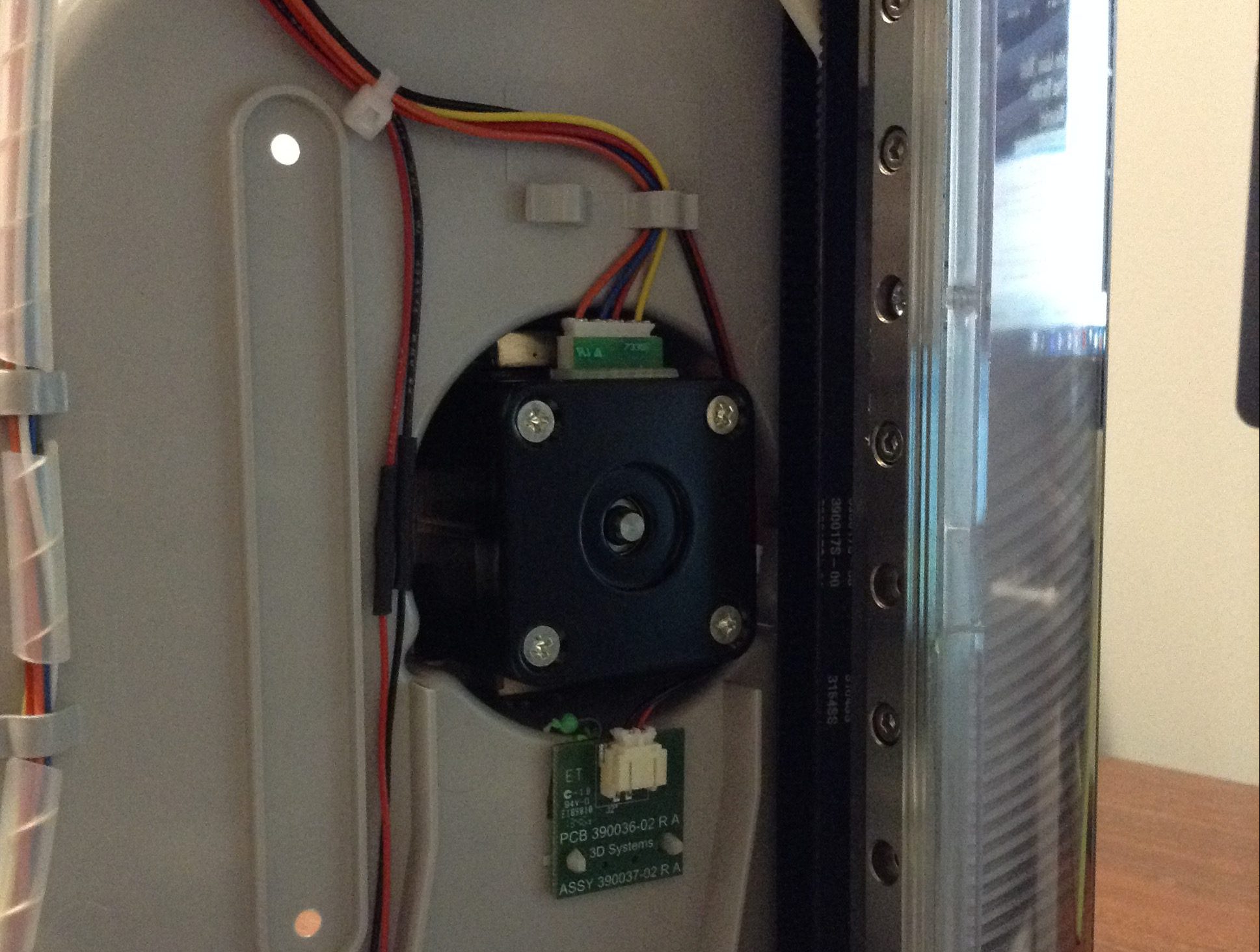 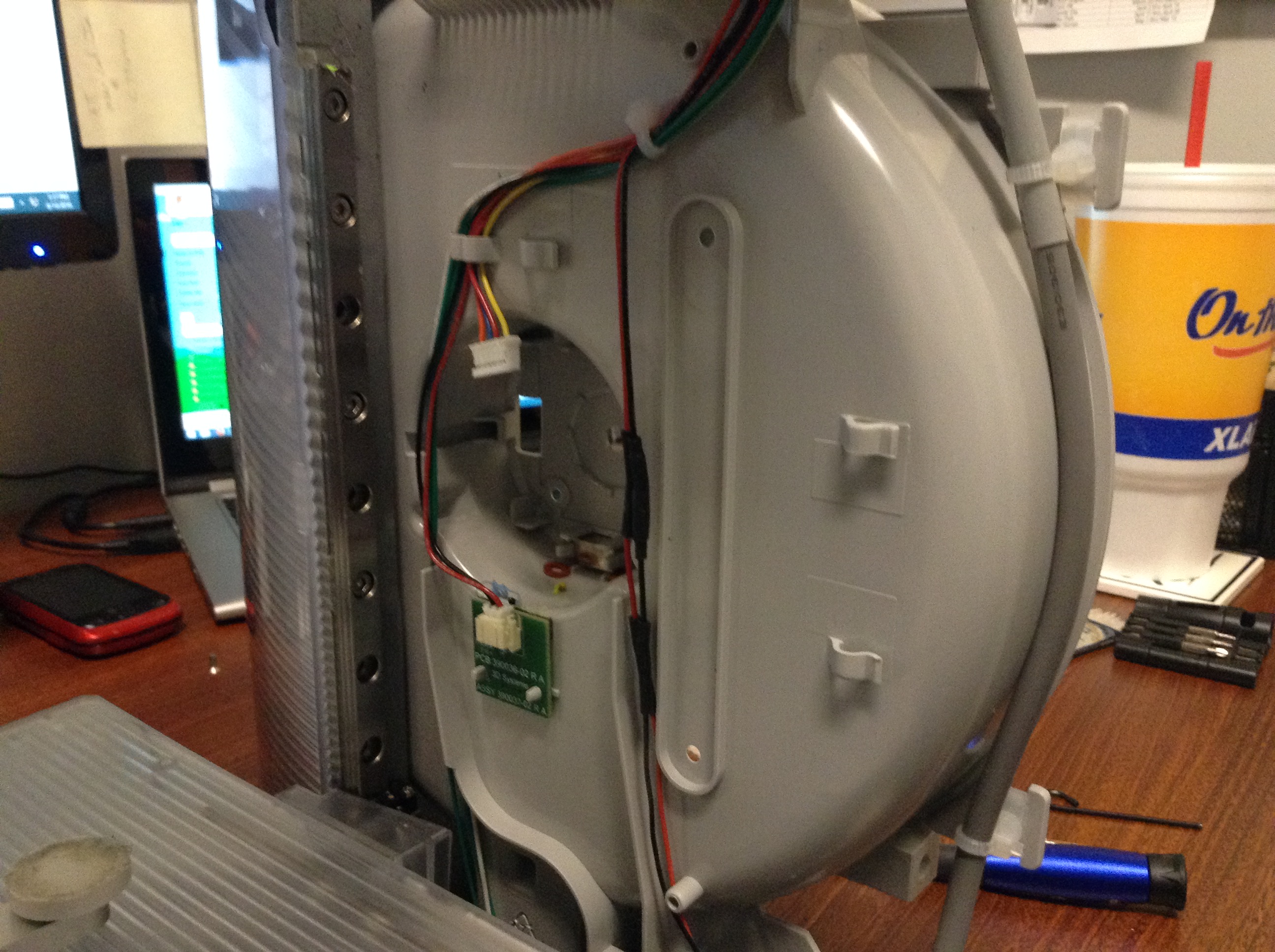 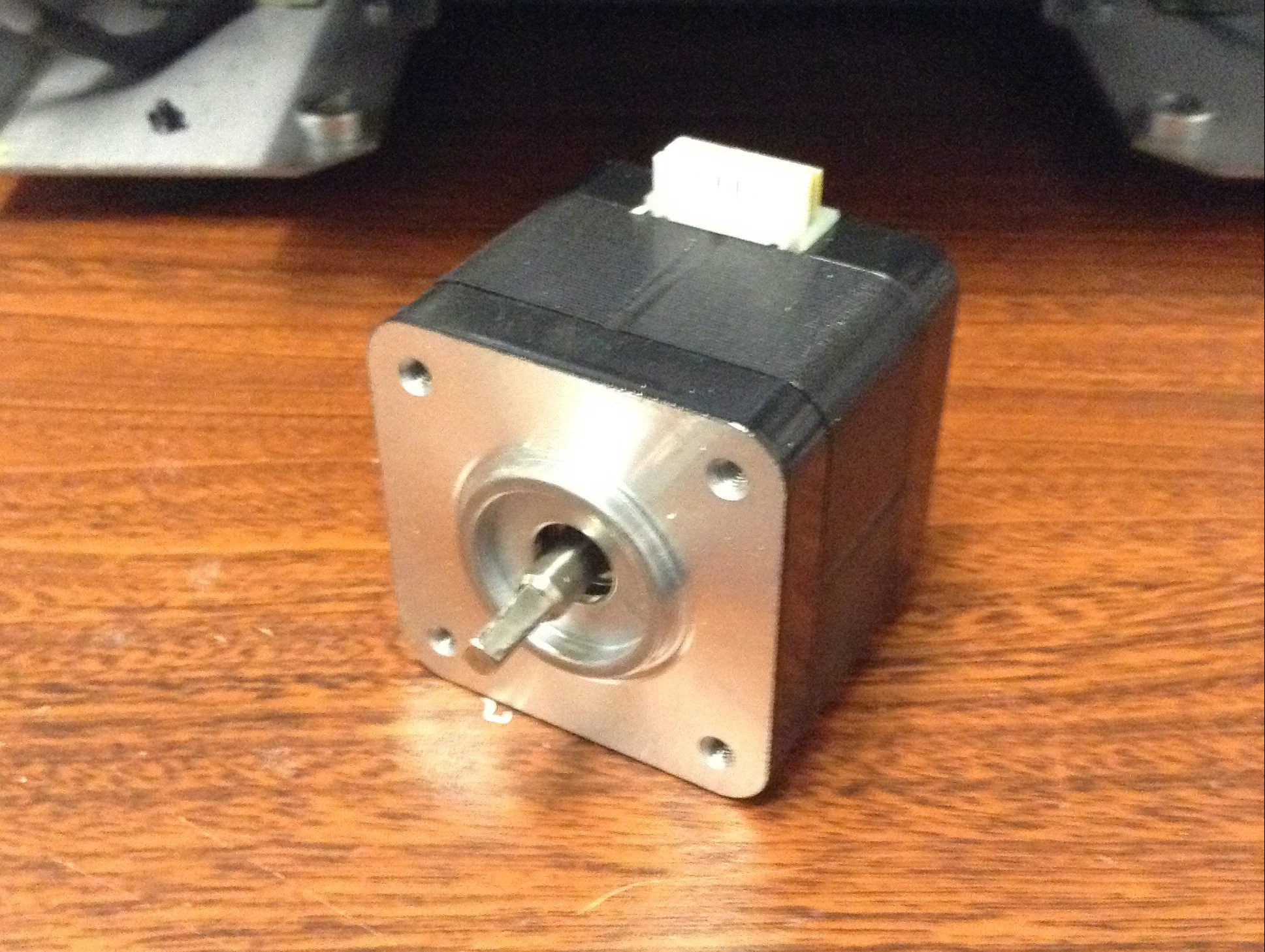 To my dismay, this occurred during a several hour print which I had left overnight. The following morning saw a half finished model and the printer screen displaying the words “print complete”. After much troubleshooting and contact with the support department of the printer manufacturer, I discovered the problem. More support assistance finally resulted in them deciding to send new motors for the printer.

However, I had to get the printer up and running until the new motors arrived. Therefore I began some exploratory surgery on the printer.

I removed the front panel and then two side panels to reveal the housing for the motors on each side. Now lately, the left side has been getting a temperature error when printing. This side had a motor with an intact square shaft. The right side has not been receiving the temperature error, but has the rounded out shaft. Therefore, I decided to remove the motors and swap sides. This placing the square shafted motor on the right side. This fixed the problem.

Now I await new motors then I can replace them both at the same time.

See the photos above as a chronicle of this journey!

Nick O'Neal is the Director of Technology & Online Services for the Kirkwood Public Library. He has been with the library since July 2012. He enjoys playing video games, listening to Classic Rock, and watching movies. His favorite authors include Douglas Adams, Michael Crichton and Clive Cussler.