← So What Is Conductive Paint? T.A.R.D.I.S; Time And Relative Dimension in Space →

The Apple TV is a device, in the form of a small box, that you connect to your TV. Through this device you can use Netflix, Hulu, and many other video-watching platforms, as well as projecting anything from your iPhone screen onto the TV screen. In order for an Apple TV to work, you need to have accessible HDMI ports on your TV. Any Apple TV comes with a remote made specifically for it, and you can also use any IOS device to control it via AirPlay. 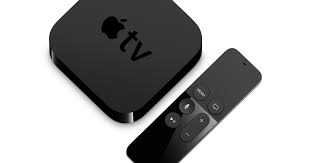 Many apps, such as Netflix and Hulu, come pre-loaded onto the device, as seen below . To navigate through the apps, you have to use the Apple Remote. This remote functions much the same as an iPad nano. Once you select an app, it will have you sign in to any necessary accounts in order to access the features of the app. 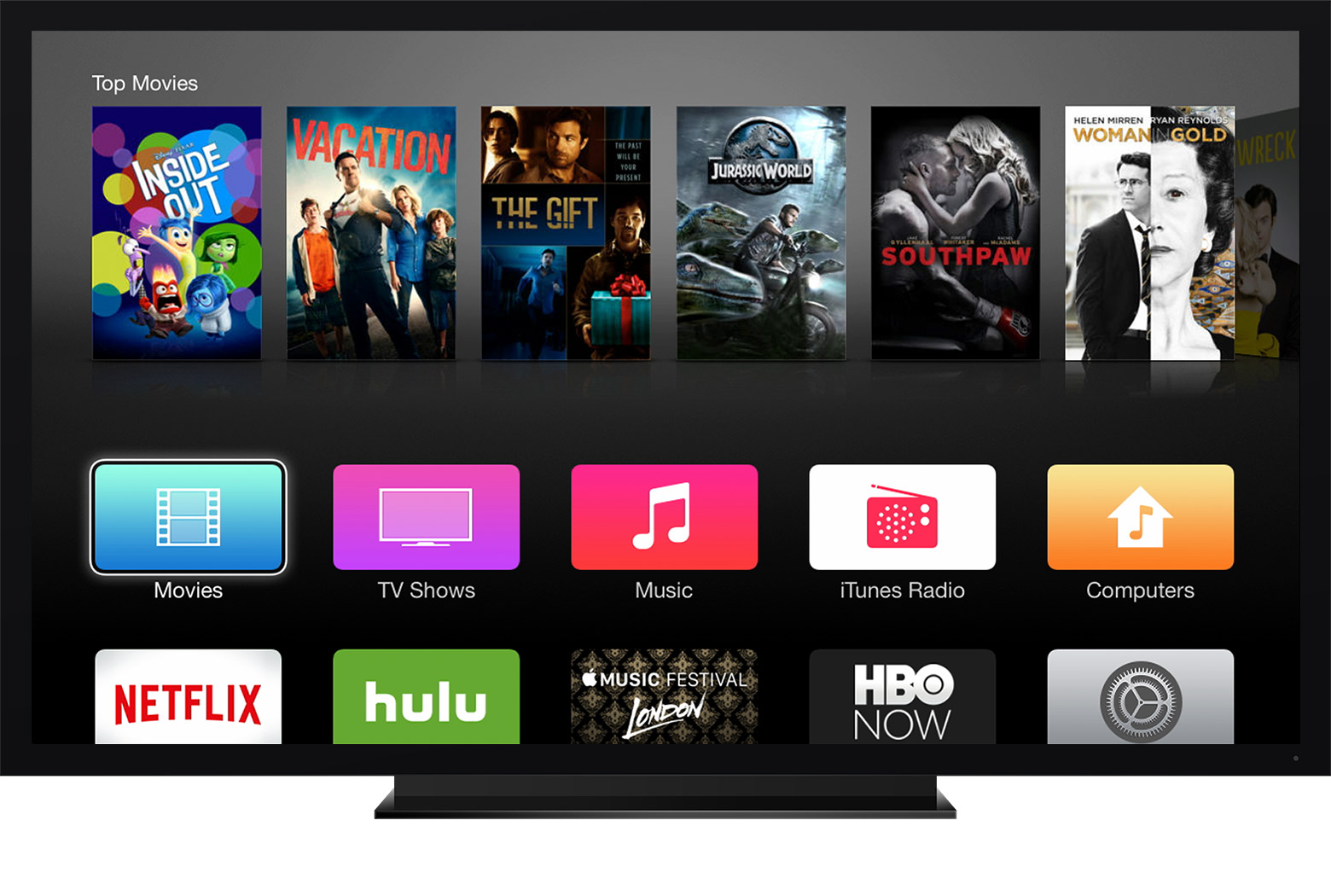 To project images from your iPhone or Apple computer onto the screen you have to utilize AirPlay  on whatever device you wish to have projected. To use AirPlay on an iPhone, you have to pull up the bottom menu (the same menu you would use to change the brightness, or the screen orientation lock) and you will see the “AirPlay” option on the bottom right hand portion of the menu (1.). When selected, AirPlay should prompt you to select the Apple TV option, and then an option to “mirror” the image onto the TV screen (2.). On a Mac, the AirPlay button is located up by the wifi icon on the top control bar. After you are connect via AirPlay, you should be able to control the Apple TV as if it were a huge phone. While watching any sort of video, whether it be Youtube, Netflix, or otherwise, the video will fit itself to the screen properly. If you are projecting something like Facebook or messages onto the screen it will appear more as though the phone screen is just popped onto the middle of the TV screen and it will leave the rest of the screen black (3.). 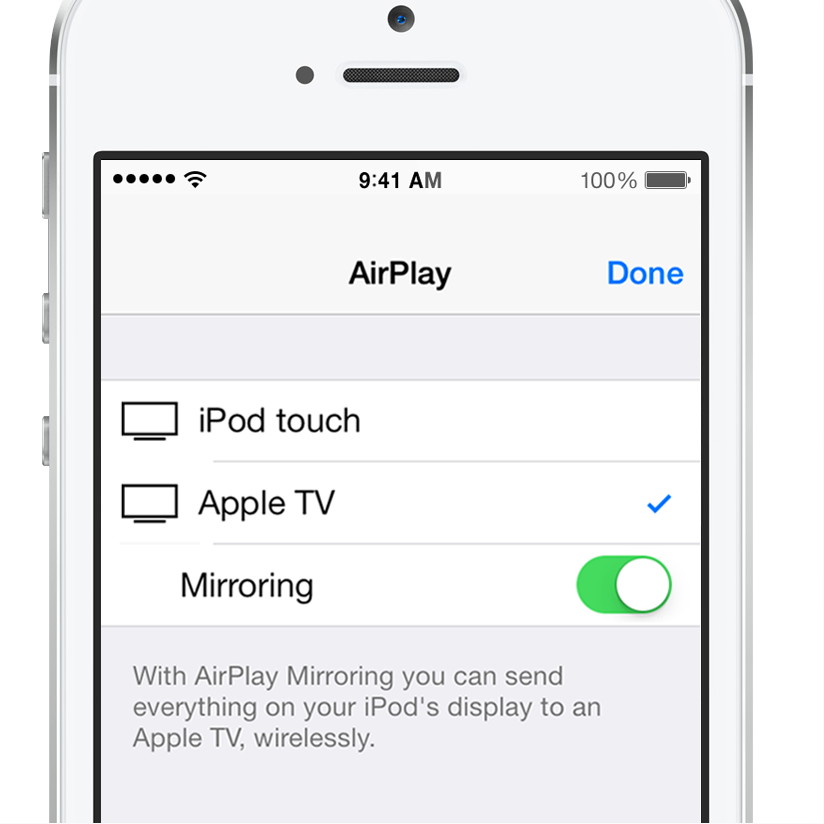 The one major downfall with the Apple TV is that you cannot use Airplay for Android phones,Windows phones, or any other kinds of phones outside of iPhones. That being said, you can still use the Apple TV by itself, you may just need an iTunes account, which is free!

Here are some helpful hints for using an Apple TV:

Fiona DeCoster works in Customer Service as well as in the Teen/IT departments. She has been working at KPL since September 2015. She is a huge fan of the television shows Doctor Who, as well as Sherlock, and Parks and Recreation. She loves to read fiction and romance novels and watch movies with friends.

Jul
7
Tue
all-day Virtual Storytimes
Virtual Storytimes
Jul 7 all-day
Join us every Tuesday and Sunday morning for a new virtual storytime geared to children ages 2-5. Where: On Facebook and Instagram. Event will post at 10 am on Tuesdays and at 6 pm on[...]
7:00 PM Deaf Culture and Cochlear Implants
Deaf Culture and Cochlear Implants
Jul 7 @ 7:00 PM – 8:00 PM
Deaf Culture and people who identify as Deaf see their Deafness as something of major importance to their identity and are very proud of their Deafness. Deaf people also have to deal with a constant[...]
7:00 PM Teen Takeover Trivia Night
Teen Takeover Trivia Night
Jul 7 @ 7:00 PM – 8:30 PM
Gather your virtual team of friends and join us on Twitch for a night of live trivia where the questions are all written by teens from our Teen Advisory Board!  Sign up required.   ﻿Loading…
Jul
8
Wed
all-day Teen Book Talks
Teen Book Talks
Jul 8 all-day
Join Teen Librarian Shannon every Wednesday afternoon as she gives suggestions for YA books that can help you fill out your Teen Summer Reading Bingo Card! Videos will be posted to our Facebook page and[...]
10:30 AM Virtual Wacky Wednesdays – Chef ...
Virtual Wacky Wednesdays – Chef ...
Jul 8 @ 10:30 AM – 11:15 AM
Where: Virtual link will be sent Enter your information below and you will be emailed a virtual link to join in on the fun! Chef Banana’s Magic Show – Be prepared to laugh out loud[...]
7:00 PM Books on Tap
Books on Tap
Jul 8 @ 7:00 PM – 8:30 PM
Join us for a discussion of The Library Book by Susan Orlean. This month’s discussion will take place via Zoom. Please sign up using the form below to receive a meeting invitation! ﻿Loading…
Jul
9
Thu
all-day Virtual First Art
Virtual First Art
Jul 9 all-day
Introduce your little one to the tactile wonders of paint, glue and more with these easy at home art based activities! Recommended for 18 months to age 4.  . Where: On Facebook and Instagram. Event[...]
View Calendar
Add