One of the most highly developed pieces of technology in history (well, sort of…) is the T.A.R.D.I.S! TARDIS stands for Time and Relative Dimensions in Space. This is the spaceship time machine that the Doctor uses to travel to space and time in the television show Doctor Who. Thanks to Timelord science, TARDIS’s are bigger on the inside, helping house some remarkable bits of technology. Despite being very technical, TARDIS’s were actually grown not built.

Just some of the many technical wonders of the TARDIS include the following:

The Hostile Action Displacement System serves as a defense mechanism for the Doctor’s TARDIS. Essentially, the way this functions is that the TARDIS can be blown up, but all the pieces stay together, though dematerialized. The pieces are called back together by using some sort of sonic device. In series 9, the Twelfth Doctor uses his sonic sunglasses to rematerialize the TARDIS after the Daleks blew it up, or so they thought. Missy and Clara, two characters in modern Doctor Who, use a similar function to save them selves from being blown up by Daleks.

The Telepathic Circuit has a few different functions. It can be used to send messages, create an automatic language translation once being exposed to it, as well as helps propel the TARDIS to a specific location and time based on a memory. In both classic and modern Doctor Who, the Doctor, one of his companions, or the TARDIS itself (yes, it has something like a soul of its own!) can use the telepathic circuit to send a message or warning of some kind to someone in need; the Third Doctor uses the circuit to warn the other timelords of an attack. The telepathic circuit also functions as a translation device; when someone has been in the TARDIS, no matter where they go or when they go, the telepathic field gets into their brain and enables them to hear and speak the language of any country or planet in their native tongue. In regards to transportation, there is a section of the TARDIS console that anyone on the ship can activate, and it will take the TARDIS to the time and place of the memory the person utilizing the console is recalling; Clara uses this in series 8 to travel back on the timeline of a friend of hers and help them.

The Fast Return Switch is used to return the TARDIS to its last location in time and space. This switch accesses the memory banks of the TARDIS to determine the previous location.

The Chameleon Arch is a piece of Timelord technology located inside of the TARDIS. The device can modify every cell of an individual timelord, and can more or less change their species. It is connected to the TARDIS databank, and it takes the form of an intricate headset. The original mind of the individual is stored in a fob watch, and they are given a new personality and memories. This device only alters the interior, and leaves appearances the same.

Chameleon Circuit changes the outer plasmic shell of the TARDIS. The original, default design of all TARDIS exteriors is a plain, grey cabinet which opened via a sliding door. The Chameleon Circuit enables the TARDIS to change its exterior appearance to fit in with any surrounding area. Instantly when landing somewhere, the TARDIS databanks evaluate the surrounding area of 1,000 miles and account for the time period and they change the outer shell to something that will blend in well with the environment. In series 1 of modern Doctor Who, the Ninth Doctor states that the Chameleon Circuit broke when he landed many years ago in the 1960’s, but even if he fixed it he likes the exterior of the police box.

The Outer Plasmic Shell is simply the ever-changing exterior of the TARDIS. It is controlled by above mentioned Chameleon Circuit. All previously used shells are stored in a shell store room, and more can be created at any time.

The Real World Interface is the plane between the interior and the exterior of the TARDIS (due to the TARDIS being bigger on the inside, the two have to be separated into different dimensions, so to speak), and is also known simply as the door. However, depending on what the outer plasmic shell looks like at the time, an actual door may not be visible. By crossing the dimensional threshold of the interface, a person or object undergoes an instantaneous shift from the ongoing space-time continuum occurring outside the vessel to that pertaining in the environment inside of the TARDIS. If this door is opened while the TARDIS is in motion, there are consequences. But that being said, there is also a functioning force field that protects from larger catastrophic consequences. This door is impenetrable and keeps the interior quite safe. The Ninth Doctor says in series 9 that “the assembled hoards of Genghis Khan couldn’t get through that door,” and that yes, they have tried.

The Zero Room functions as a sort of hospital, intensive care unit. If a Timelord is in the midst of a difficult or dangerous regeneration, this room serves as a stasis center. This room also magnifies the telepathic link within the TARDIS, enabling the Timelord to communicate with others in the ship.

The Eye of Harmony functions as the heart of the TARDIS and serves as its engine for time travel. This was created by suspending the the explosion of a star, in the midst of it become a black hole. This harnesses the potential energy and loops it, creating a powerforce. The Eye creates a point of reference for the TARDIS to link onto that way it can move. The Eye is also called Rassilon’s Star.

The Voice Interface is a hologram housed in the TARDIS that offers medical analysis and some psychological counselling. The biggest feature of the Voice Interface is the holographic avatar, which takes the form of someone (generally someone the person who called for it knows or knew) who’s information is stored in the databanks of the TARDIS. The avatar can help supply essential information to the traveler if they are in dire need or cannot do something themselves. However, this avatar is NOT the TARDIS’s soul manifesting itself into human-like form, this is a separate phenomenon that occurs in later Doctor Who episodes.

The Perception Filter is a telepathic effect that misdirected the senses around the object or the person using it. If you know exactly what you are looking for and when it is cloaked in a perception filter, you can still find it. However, anyone just randomly walking by won’t notice it at all. The TARDIS is almost always surrounded by a perception filter that way it doesn’t attract too much unwanted attention. Through out the show, the TARDIS is almost never noticed unless someone is looking for it. But, in series 7 the Doctor and Clara ride a motorcycle out of it, and the Doctor has seemingly turned off the perception filter, as there is a crowd of cheering people outside when they exit.

The Perception Camouflage Matrix is used to make the TARDIS entirely invisible. This can also be activated around an individual. The Eleventh Doctor uses this in series 6 to sneak into the Oval Office.

The Demilitarization Circuit is one of the most important features of the TARDIS. It allows the vessel to dematerialise from normal space into the Time Vortex and rematerialise back from it. Without the demilitarization circuit, the TARDIS would be unable to go anywhere in time or space. This circuit can be removed from the TARDIS itself and used by an individual (something of the sort is present in a Vortex manipulator, like those worn by Jack Harkness and River Song).

The Time Rotor is the column in the center of the TARDIS console that moves up and down. The rotor is directly linked to the engines, which cause its up and down movement. This rotor also stops moving if anything is wrong within the TARDIS. If the glass protecting the time rotor is damaged, it emits a poisonous gas until the extractor fans are activated.

These amazing feats of technology are only some of the pieces of technology held within a TARDIS. While it isn’t a real ship, or even a plausible one, the TARDIS certainly has many technical wonders to learn about. Though it is, unfortunately, impossible to build a REAL functioning TARDIS, the library (with the use of our handy dandy 3D printer) has made its own mini TARDIS. It isn’t bigger on the inside but it does unfold and turn into a transformer,. So in a way, maybe it really IS bigger on the inside.

Watch Doctor Who to see more of the TARDIS and all its inhabitants! 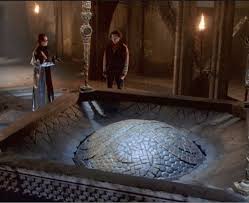 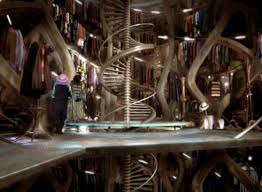 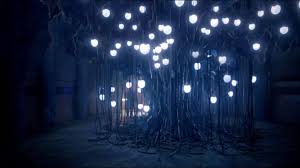 Fiona DeCoster works in Customer Service as well as in the Teen/IT departments. She has been working at KPL since September 2015. She is a huge fan of the television shows Doctor Who, as well as Sherlock, and Parks and Recreation. She loves to read fiction and romance novels and watch movies with friends.

Jul
7
Tue
all-day Virtual Storytimes
Virtual Storytimes
Jul 7 all-day
Join us every Tuesday and Sunday morning for a new virtual storytime geared to children ages 2-5. Where: On Facebook and Instagram. Event will post at 10 am on Tuesdays and at 6 pm on[...]
7:00 PM Deaf Culture and Cochlear Implants
Deaf Culture and Cochlear Implants
Jul 7 @ 7:00 PM – 8:00 PM
Deaf Culture and people who identify as Deaf see their Deafness as something of major importance to their identity and are very proud of their Deafness. Deaf people also have to deal with a constant[...]
7:00 PM Teen Takeover Trivia Night
Teen Takeover Trivia Night
Jul 7 @ 7:00 PM – 8:30 PM
Gather your virtual team of friends and join us on Twitch for a night of live trivia where the questions are all written by teens from our Teen Advisory Board!  Sign up required.   ﻿Loading…
Jul
8
Wed
all-day Teen Book Talks
Teen Book Talks
Jul 8 all-day
Join Teen Librarian Shannon every Wednesday afternoon as she gives suggestions for YA books that can help you fill out your Teen Summer Reading Bingo Card! Videos will be posted to our Facebook page and[...]
10:30 AM Virtual Wacky Wednesdays – Chef ...
Virtual Wacky Wednesdays – Chef ...
Jul 8 @ 10:30 AM – 11:15 AM
Where: Virtual link will be sent Enter your information below and you will be emailed a virtual link to join in on the fun! Chef Banana’s Magic Show – Be prepared to laugh out loud[...]
7:00 PM Books on Tap
Books on Tap
Jul 8 @ 7:00 PM – 8:30 PM
Join us for a discussion of The Library Book by Susan Orlean. This month’s discussion will take place via Zoom. Please sign up using the form below to receive a meeting invitation! ﻿Loading…
Jul
9
Thu
all-day Virtual First Art
Virtual First Art
Jul 9 all-day
Introduce your little one to the tactile wonders of paint, glue and more with these easy at home art based activities! Recommended for 18 months to age 4.  . Where: On Facebook and Instagram. Event[...]
View Calendar
Add