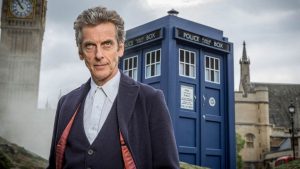 Can’t wait for Doctor Who Series 10? Neither can I, fortunately your fantastic Kirkwood Public Library and Hoopla have you covered. Back during 90ies into 2005 we Whovians had no new episodes to look forward to but fortunately a small company called Big Finish rode to our rescue. Each month Big Finish published a brand new four-part audio adventure starring a classic Doctor! These new full-cast stories are amazing and most hold a candle to the Time Lord’s visual medium adventures! Get excited fellow Whovians because you can check out the first 50 brilliant adventures directly through your Hoopla account!

I present to you my top 5 (of the first 50) Doctor Who adventures that every discriminating Doctor Who fan should be familiar with! 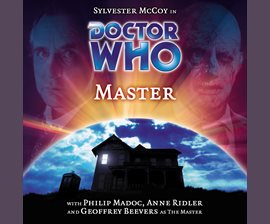 “A small group of distinguished guests gather for dinner. For one person, this night represents an ending: an ending to one thousand years of darkness and an ending to ten years of light. But, for everyone else, is there no end to this one night of Hell?”Before the 10th

Doctor episode Sound of the Drums we viewers had nothing in the way of an explanation as to any motive the Master had. This atmospheric episode takes that notion and runs with it. The Master is diabolically brought to life by Geoffrey Beevers who once before portrayed the Master in the classic episode “The Deadly Assassin”. 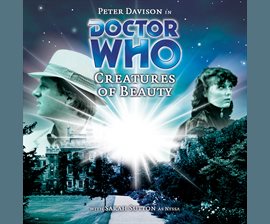 “Another situation of dire peril is unfolding for the Doctor and his companion. However, what if it is not clear who is right and who is wrong? Who is ugly and who is beautiful? Where does the story begin, and where does it end?”

This is a sad story, told disjointed from multiple points of view. What it weaves is a moral and social fable about right and wrong. Sometimes the Doctor’s presence is not always a beneficial thing. The final line will leave you breathless. 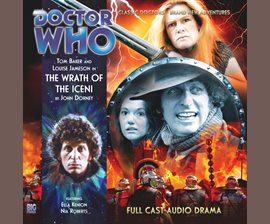 “Britain, at the height of the Roman occupation. The Doctor has brought Leela to ancient Norfolk to learn about her ancestors… but he has no idea how much of an education she is going to get.”

In the Doctor Who cannon, The Wrath of the Iceni is a unique tale. Unlike almost all Doctor Who episodes this adventure has no alien invasion. No monster for the Doctor to best… save humans and the continual turn of histories wheel. What it does have, Tom Baker!!!!!! 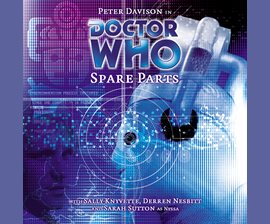 “On a dark frozen planet where no planet should be, in a doomed city with a sky of stone, the last denizens of Earth’s long-lost twin will pay any price to survive, even if the laser scalpels cost them their love and hate and humanity.”

It is the final days of the doomed planet Mondas. The world is falling apart… but before it passes forever a classic villain will rise, The Cybermen. This adventure is a tale of the futility of fighting something predestined and survival at a terrible cost. A truly engaging origin story of a fan favorite villain. The title alone sends chills down my spine. 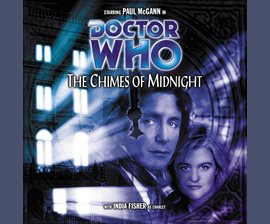 1 The Chimes of Midnight

“Twas the night before Christmas, and all through the house not a creature was stirring… Trapped and afraid, the Doctor and Charley are forced to play detective to murders with no motive, where even the victims don’t stay dead. Time is running out.”

As I am sure every Whovian is well aware the Doctor has a fondness for madcap Christmas adventures, well this one stands head and shoulders at the top. Chimes of Midnight is downright frightening. Are you looking for a spooky and atmospheric Christmas ghost story?  Then Chimes of Midnight is a must listen. Paul Mcgann is on top of his game as Doctor number 8.

…listened?  Hungry for more? You can find these stories and much more fantastic Doctor Who adventures, starring a variety of different Doctors, on Hoopla! While you are lost in the time stream, fighting Daleks make sure you take a moment to visit Big Finish’s website. They still are publishing adventure after Doctor Who adventure featuring everyone’s favorite Time Lord, from the classic series to the new. They even have spin off series featuring UNIT, River Song, Bernice Summerfield, and many more.

So which was your favorite? Let me know, I will be at the library.