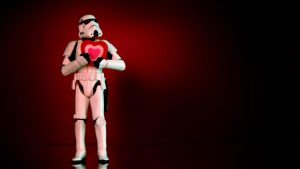 A hearty hello to all you wonderful patrons! Can you believe we are less than two weeks away Valentine’s Day? It sure did sneak up. If you are anything like me a sense of dread wells up every time your love says those two words “Romantic Comedy”.  With that in mind, here are few of my favorite romantic comedies that might make for a good compromise when selecting what to watch. 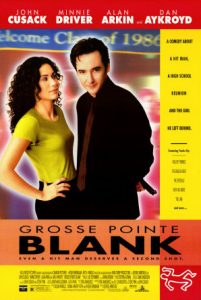 This movie is a wonderful blend of action, romance, and comedy. John Cusack stars as a depressed hitman who decides to attend his high school reunion and reunite with his high school sweetheart (Minnie Driver). Along the way he runs into a rival hitman played by the incomparable Dan Aykroyd and wackiness ensues. One of the greatest soundtracks ever assembled also strengthens this film. 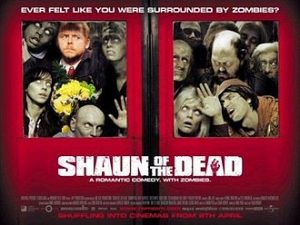 -Shaun of the Dead

Wait a minute… that is a horror film. True but when you think it, the entire film is about Simon Pegg’s character risking life and limb, smack dab in the middle of a zombie apocalypse, to save the woman he loves. I fail to think of anything more romantic than battling the army of undead just to save your beloved. 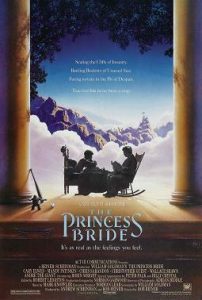 What is there to say about this classic? The Princess Bride is wonderful, funny, sad, whimsical, charming, and dare I say…romantic. After all the plot centers around the Dread Pirate Roberts questing to save his lost love before she is doomed to marry the vile prince Humperdinck. Plus this movie has cast full of amazing talent. So many that Fezzik cannot even throw a stone without striking a legend of the silver screen. This film is a February must. 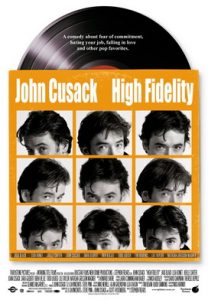 Another John Cusack movie. This film could be the quintessential “guy” romance film. After being dumped, the protagonist of this story sets out to discover what mistakes he continually makes that leaves him miserable. High Fidelity is a journey of music and self-discovery, sprinkled liberally with narcissism. Also sports one of the best sound track to a film.

An unconventional romantic comedy if ever there were. Harold and Maude is drenched in dark humor and does underline the passions and joys of both life and death. Harold and Maude is an important work that has won a multitude of awards and in the top 100 of multiple AFI categories. 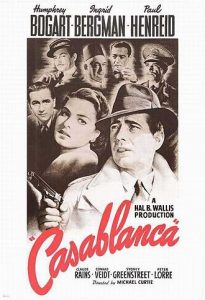 Okay, not a comedy but it’s the granddaddy of romance films, so i’m giving it a pass. At this point, who hasn’t seen this iconic film? What can I say that you dear reader are not already aware? Casablanca is an A-list film that consistently ranks near the top of every “greatest film in history” list, and with good reason. Iconic and quotable, this will make a perfect film to watch cuddled up next to your sweetheart this year.

I really did not want to have a third Cusack film on my list but it’s worth the watch. Go see it.

Well I hope these helps. Drop on by and check them out. Let me know which was your favorite or one I should of added below or in person. I’ll be in the library. See you there and Happy Valentines.

Jun
21
Mon
all-day Imagination Challenge
Imagination Challenge
Jun 21 – Jun 26 all-day
Imagination Challenge Ages 6-12 June 21-26, 2021 Give your brain a break and stretch your imagination (and sometimes your legs)! Enjoy a collection of easy and fun screen-free activities. Each week during June and July[...]
Jun
24
Thu
all-day Kids Science
Kids Science
Jun 24 all-day
Kids Science  Thursday, June 24  Spark your child’s interest in STEM with easy and fun science experiments that you can try at home! Pick up a bag of supplies to do the experiments along with[...]
Jun
26
Sat
10:00 AM Books & Beyond on the Lawn
Books & Beyond on the Lawn
Jun 26 @ 10:00 AM – 3:00 PM
Shop a selection of regular and sale priced items outside, then take a “sneak peek” at our gift shop indoors. Look for a return to regular Books & Beyond hours soon!
10:00 AM Saturday Morning Perks
Saturday Morning Perks
Jun 26 @ 10:00 AM – 11:00 AM
Join us for a virtual book discussion! This month’s book is Transcendent Kingdom by Yaa Gyasi. Please sign up using the form below to receive a meeting invitation.
2:00 PM Yeyo Arts Program for Teens
Yeyo Arts Program for Teens
Jun 26 @ 2:00 PM – 3:00 PM
Social Justice Mixed Media Art: The Roots of Racism, Ageism, and Classism Saturday, June 26 from 2-3 PM Ages 12-18 Are you interested in learning and honing mixed media art skills with a focus on[...]
Jun
27
Sun
all-day Virtual Storytime
Virtual Storytime
Jun 27 all-day
Virtual Storytimes Sundays June 6, 13, 27, 2021 Join our virtual storytime e-mail list to receive a new storytime video every week on Sunday! Count storytime towards your hours for the Children’s Summer Reading program.[...]
1:30 PM Virtual Kids Knitting It Forward
Virtual Kids Knitting It Forward
Jun 27 @ 1:30 PM – 3:00 PM
Attend the Kids Knitting It Forward meeting that would have been held at KPL through Zoom. Email kidsknittingitforward@gmail.com for the Zoom meeting info. Where: Zoom
View Calendar
Add