← Summer Books Clubs are Here! Hot DVDs Are Made for Summer Movie Nights! → 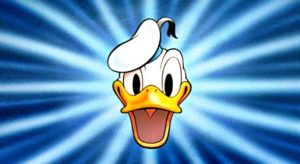 Did you know that June 9th is Donald Duck Day? With the exciting reboot of the beloved Duck Tales just around the corner, now is a perfect time to drop on by the Kirkwood Public Library and check out a wide selection of your Disney favorites! We have comics, books, and DVDs starring our feathered friend just waiting for you! Now on to some trivia concerning that wonderful duck, Donald. 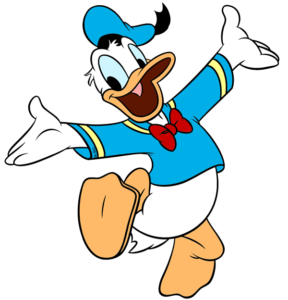 -Although he first appeared in 1934 Donald’s actual birthday is listed as March 13th 1914. Who knew ducks could live to be about a century old?

-Thelma, Della, or Dumbella is mother to Huey, Dewey, and Louie and sister to Donald. According to a Dutch cartoon, Thelma is an astronaut, which would explain why the nephews spend so much time with their uncle.

-In 1991 Ducktales became the first American cartoon to be shown in the former Soviet Union.

-Be on the lookout for Beagle Boys! The city of Duckburg is home to 315,000 residents, making roughly the size of our St. Louis. Life is like a hurricane here in St. Louis. Racecars, lasers, aeroplanes … 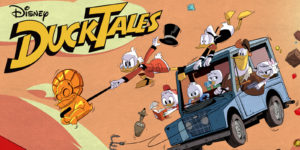 So visit your friendly neighborhood Kirkwood Public Library for a fantastic selection of your Disney favorites. While here let us know your favorite or comment below. We always love to hear from our patrons. Personally, I have always been partial to Launchpad McQuack.

I’ll see you around the library.

Aug
7
Fri
all-day Book Talk Fridays
Book Talk Fridays
Aug 7 all-day
Tune in each Friday for a new Book Talk with Miss Kim and get inspired to find your next read!    Where: On Facebook and Instagram. Posted at 6 pm.
Aug
8
Sat
3:00 PM Teen Art Club
Teen Art Club
Aug 8 @ 3:00 PM – 4:00 PM
Where: Zoom  Teen Art Club is where teens gather together to challenge their various art skills through creative prompts and chat with other teens while doing it.  This is a live interactive event.  Ages 12-18.[...]
Aug
9
Sun
all-day Virtual Storytimes
Virtual Storytimes
Aug 9 all-day
Join us every Tuesday and Sunday morning for a new virtual storytime geared to children ages 2-5. Where: On Facebook and Instagram. Event will post at 10 am on Tuesdays and at 6 pm on[...]
Aug
10
Mon
6:00 PM Beginner Family Chess
Beginner Family Chess
Aug 10 @ 6:00 PM – 7:00 PM
Want to learn the basics of chess? Sign-up for a session taught by chess maestro Brian J. Feel confident in how to get successfully started and set up for continued play.  Class will meet via Zoom[...]
View Calendar
Add