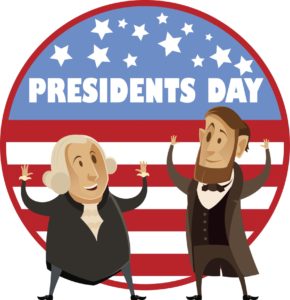 Welcome you presidential patrons! With Presidents Day around the February 19th corner, what a wonderful time to take a very quick look at some of our former quirky commanders in chief.  Joining me on the panel can be all of you! Just comment below with facts, thoughts, and anything trivia you would care to share. We love to hear from you. 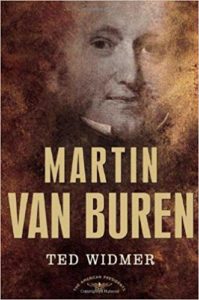 Did you know the first US citizen to become president was Martin Van Buren? The seven presidents that came before were all considered British subjects. Additionally, Martin inspired a fake gang on the television show Seinfeld and his massive autobiography failed to have a single line about his late wife. Poor Hannah Hoes Van Buren… 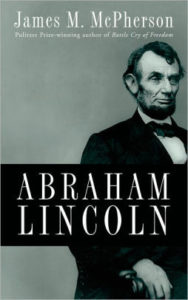 Let us jump another seven presidents and drop in on the 16th. I am willing to bet you knew Abraham Lincoln was a lawyer but did you know he was also a wrestling champion and a bartender? It is sadly unlikely Abe was a vampire hunter but hope springs eternal. Looking to learn more about this fascinating figure? Visit your Kirkwood Public Library on Saturday February the 17th at 2pm for “Young Lincoln” author talk and book signing. 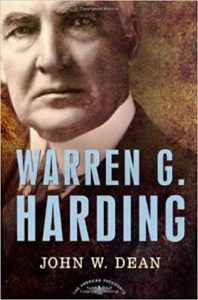 Warren G. Harding was an avid poker player. Often hosting weekly games at the White House. Warren once bet and then lost a set of priceless White House China. 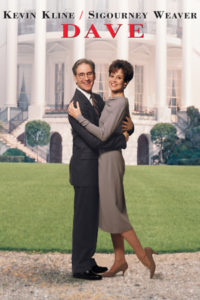 After further research, we have discovered Dave was not a president but actually a critically acclaimed comedy from the 90ies.

Well I’m afraid we ran out of time and only mentioned a mere fraction of the strange and weird from our presidents. I’ll leave you now with a few funny words from the late Douglas Adams. “Anyone who is capable of getting themselves made President should on no account be allowed to do the job.” We miss you Doug.

I’m Ryan. I’ll be in the library. Always enjoy your Presidents Day.

Jun
14
Mon
all-day Imagination Challenge
Imagination Challenge
Jun 14 – Jun 19 all-day
Imagination Challenge Ages 6-12 June 14-19, 2021 Give your brain a break and stretch your imagination (and sometimes your legs)! Enjoy a collection of easy and fun screen-free activities. Each week during June and July[...]
Jun
17
Thu
all-day Books for Babies and Kit
Books for Babies and Kit
Jun 17 all-day
June 17, 2021 Sign up for Books for Babies storytime and a Books for Babies kit to enhance your participation from home. We will contact you for pick-up of kit and email you with a[...]
7:00 PM Community for Understanding and ...
Community for Understanding and ...
Jun 17 @ 7:00 PM – 8:30 PM
Join us virtually (by phone or computer) for a discussion of My Grandmother’s Hands: Racialized Trauma and the Mending of Our Bodies and Hearts by Resmaa Menakem. To find electronic and print copies in the Kirkwood[...]
7:00 PM Teen Creative Writing Club
Teen Creative Writing Club
Jun 17 @ 7:00 PM – 8:30 PM
Thursday, June 17, 7:00-8:30 pm Looking to grow as a writer or bond with other teen writers in your community? Join the Teen Creative Writing Club where you will receive monthly writing prompts and the[...]
Jun
18
Fri
7:00 PM Teen Youtube Film Festival
Teen Youtube Film Festival
Jun 18 @ 7:00 PM – 8:30 PM
Join us for the YouTube event of the season as we view the best videos from 2020 (nominated by teens like you) and vote on our favorites. Attendees will receive the zoom link as well[...]
Jun
19
Sat
10:00 AM Voices Lifted: Two Centuries of ...
Voices Lifted: Two Centuries of ...
Jun 19 @ 10:00 AM – 11:00 AM
Using a selection of Black composers from Joseph de Boulogne to William Grant Still to Terence Blanchard, Diane McCullough, Opera Theatre of St. Louis docent, will discuss the work and agency taken by these composers[...]
10:30 AM Virtual Family Saturdays STL Zoo...
Virtual Family Saturdays STL Zoo...
Jun 19 @ 10:30 AM – 11:30 AM
On this adventure, two Zoo Guides will visit water-loving animals who live at the Zoo. The visit may include any of the following locations: Polar Bear Point, Penguin-Puffin Coast, and Sea Lion Sound. Sign up[...]
2:00 PM Tween Art Club
Tween Art Club
Jun 19 @ 2:00 PM – 2:45 PM
Tween Art Club Saturday, June 19 @ 2 PM Ages 9-12 Tween Art Club is where tweens gather together to challenge their various art skills through creative prompts and chat with other tweens while doing[...]
View Calendar
Add