There’s a fair amount of films featuring indigenous peoples, but not a lot of films by indigenous peoples or that capture true input through seasoned Native actors. At least, not a lot that are well known. A broadening of one’s search would reveal the independent film circles that do provide platforms for Native American voices. The most prolific among them is Chris Eyre: writer, director, and member of the Cheyenne and Arapaho tribes. He may not be a household name, but his most popular work, Smoke Signals, might sound familiar if you patronized independent film venues as a hip twenty-something in 1998. A hit at Sundance, the film drew a burst of attention for directorial quality, unique voice, and the fact that Sherman Alexie wrote the screenplay based on his popular short story collection, The Lone Ranger and Tonto Fistfight In Heaven. 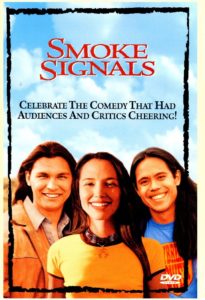 Smoke Signals specifically adapts the short story, “This Is What it Means to Say Pheonix, Arizona”, while incorporating others from the rest of the collection. The character of Victor Joseph, who frequently recurs in the book, leads the film (portrayed by Adam Beach) with Thomas Builds-the-Fire (Chris Evans) on an emotionally charged road trip. Interspersed flashbacks illustrate the troubled past of both boys as they seek out Victor’s estranged father who abandoned the reservation years before.

While retaining the humor of Sherman Alexie’s writing style as well as the much-seen whimsy of 90s indie road movies, Smoke Signals weaves in considerable emotional weight and darkness. Glimpses from the past illustrate both a specific history of loss for the characters, but also a greater struggle for the native people, specifically in the context of social issues which plague the reservation, such as alcoholism and domestic abuse.

Pushing on into even darker territory, Eyre followed up with Skins (2002). Beginning with documentary footage, Skins segues into dramatized accounts of poverty and alcoholism in Indian reservations, focusing on the severely impoverished Pine Ridge Reservation in South Dakota. Eric Schweig plays Rudy Yellow Lodge, a police officer at odds with his alcoholic brother, Mogie (Graham Greene). Rudy’s frustrations over the self-destructive tendencies of ne’er-do-well youngsters, ongoing violence, and perpetuation of substance abuse by the liquor stores boils over into several vigilante acts which yield unwanted results. Overall, the film deals with similar themes as Smoke Signals but eschews the coming-of-age elements for a more focused survey of Native American problems. Skins is a haunting film, but also contains a lot of heart, and a few incredibly moving and cathartic scenes. 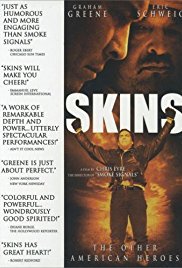 Director Chris Eyre also directed a number of films for television, most notably Skinwalkers and its sequels, based on novels by mystery writer Tony Hillerman. Acting in those are Adam Beach from Smoke Signals and acclaimed Cherokee actor, Wes Studi. Studi has appeared in a number of Native-American centered films such as Dances With Wolves, The New World, and Hostiles, as well as mainstream ventures. Comic book fans might recognize him as “The Sphinx” from Mystery Men, and action buffs will no doubt recognize him as one of the detectives in Heat. 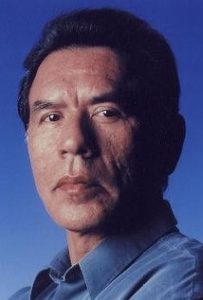 Two other Native directors are Sydney Freeland and Randy Redroad.

The former is best known for producing the indie drama, Drunktown’s Finest which centers on the struggles of three diverse native characters on their reservation. One is a young soon-to-be father, another a young girl adopted by white parents, and the third a trans woman. The exploration of various sub-identities in Native American cultures garnered acclaim for the film. 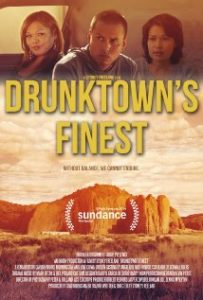 The conflict of native identities with other human characteristics is also something explored in Randy Redroad’s The Doe Boy, starring James Duval (who you might recognize from Independence Day or Donnie Darko). The film focuses on a native boy with hemophilia, the reality of which conflicts with his culture, which deems blood as an important aspect of identity.

While few of these filmmakers get much media attention, the recent success of Sydney Freeland with her Netflix film Deidra and Laney Rob a Train and Eyre producing several acclaimed documentaries in the last decade, we will continue to hear more Native voices in cinema.