What I’m Watching During the Quarantine

While the quarantine has kept us apart, we here at KPL want to to keep in touch. Just because you’re not in the building doesn’t mean you’re not in our thoughts!

I, for one, love giving movie recommendations to our loyal, cinema-loving patrons, and I’m not going to let this pandemic stop me from doing that! Because of this lock-down, we’ll all be stuck at home a great deal. That means you won’t be able to come in and rent films. However, we still do have Kanopy, and they’re offering several films to watch free of credit!

When I signed into my account, the first thing I noticed was The Gold Rush by Charlie Chaplin. Silent films might seem boring or antiquated to some, but I frankly don’t see how someone could not enjoy the tramp, especially in one of his finest films. If you’re skeptical about silent comedies, at least give Chaplin a try. 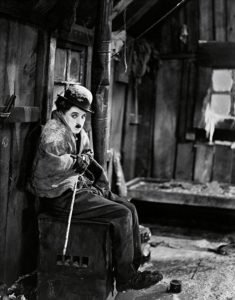 Kanopy’s version does omit Chaplin’s wonderful, original score and replaces it with something completely inferior, but you can always mute it since it’s silent! Try playing some other music with it and see if it syncs up.

Kanopy does have some silent films with great music, though, namely the works of Buster Keaton. His masterpiece, The General, is available to view (it’ll cost you a credit), with Robert Israel’s wonderful score for the Kino Lorber release.

But I know many of you want something more modern. Kanopy has plenty recent films to offer. Tired of being inside? Wish you could enjoy nature? Well then watch my favorite film of last year, Midsommar, which makes a bright sunny day look like a flowery nightmare. You’ll never want to go outside again! 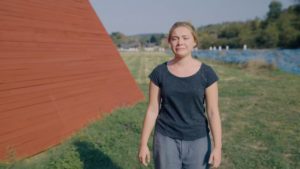 If you still want to go outside, there’s a number of outdoorsy films in a variety of genres offered on Kanopy. Going back to the credit-free films, you can watch Renoir, set on the French Riviera, a good choice for fans of art and historical romance. Nature lovers will be interested in Learning to See- The World of Insects, and if insects  are your thing, check out Ay Mariposa, a documentary that follows those whose lives are upended by the construction of the US-Mexico border wall in the Lower Rio Grande Valley. One of these subjects, Marianna Trevino Wright, is the director of the National Butterfly Center. In following her, Ay Mariposa combined both political documentary with stunning nature photography.

When it comes to documentaries, Kanopy continues to add new and exciting titles. One of their most recent additions, Bisbee ’17, made a strong impression on the 2018 festival circuit, playing at both Columbia’s world-class documentary festival, True/False, and the Whitaker’s St. Louis International Film Festival. Mizzou professor and filmmaker Robert Greene traveled to Bisbee, Arizona in 2017 to document the 100th anniversary of the Bisbee Deportation, an event in which over 1,000 migrants attempting to unionize were violently rounded up and deported by train to the desert and left to die. The film details the town’s history while documenting the lives of Bisbee residents, but also utilizes a reflexive, experimental approach by filming various reenactments with them. Greene particularly focuses on the young Fernando Serrano, the son of a deported immigrant and main player in the reenactments. In this way, the events of history are resurrected so as to make both the town and the viewer reflect on them with greater presence of mind and feeling. Part documentary, historical reenactment, and part Stanford prison experiment, Bisbee ’17 wont leave your mind any time soon. 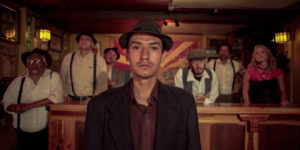 Among Kanopy’s many features, their categorization outshines other streaming services. Sure, you can browse by drama or comedy, but Kanopy also groups films in specific and interesting ways, such as “Pioneering Female Filmmakers”, “Who’s the Parasite?”, which curates films with themes of class disparity and other socioeconomic issues, as the recent oscar-winner Parasite did, and “Coming of Age Films”.

These categories are enormously helpful when trying to narrow down your options and watch what fits your mood.  I hope the films listed, here, are a good starting point. Keep reading the KPL blog for more recommendations!

There are no upcoming events.