The Family Book Club Pick for April was Newbery Medal Winner, Number The Stars by Lois Lowry, a captivating story of friendship, challenges and bravery during World War II. Follow the book discussion questions put together by Miss Sandy to hold your own book club at home. If you haven’t yet read Number the Stars, you can find it available for check-out on Overdrive (ebook and audiobook) https://mlcstl.overdrive.com/library/kids/media/573962 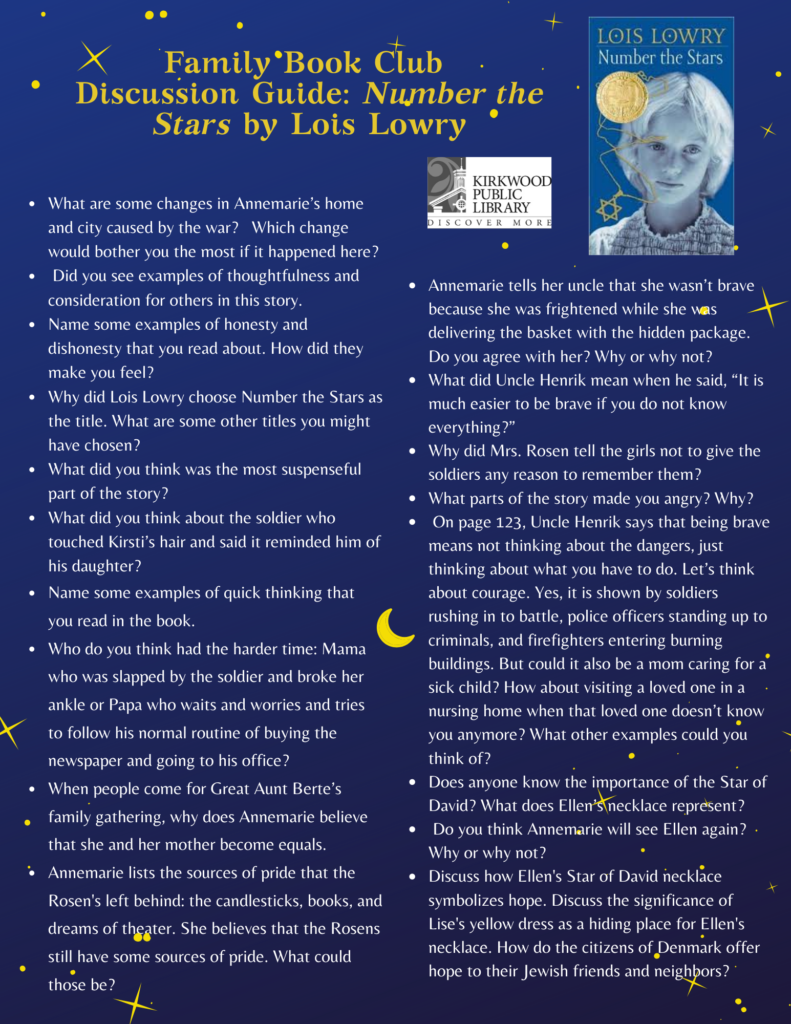 Sandy Steinman is a Youth Services Librarian for the Kirkwood Public Library. She has been with the Library since 2009. She is a retired French teacher and enjoys hiking, traveling and reading. Her favorite books are mysteries and historical fiction.