If you go on Kanopy and search “Film Noir”, three categories appear: Classic Noir, Neo Noir, and International Noir. Reviewing the first reveals a hodgepodge of films. Classics, yes, but not necessarily film noir classics. In fact, some should be viewed as emphatically post-noir, such as Jean-Luc Godard’s Breathless (1960) and René Clément’s Purple Noon (1960). These films were predicated by the original run of film noirs, American pot-boilers and detective stories bathed in shadows, jazzy music, and cigarette smoke. 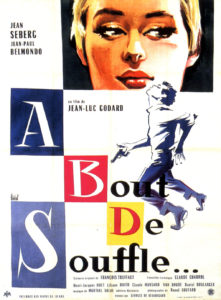 Godard wrote film criticism before becoming a director, primarily for Cahiers du Cinema. There, the critics especially admired American gangster films, and those who moved onto filmmaking incorporated them as influences. The loose morals, femme fatales, and fatalistic storytelling thus found its way from the Humphrey Bogart headliners to the first crop of French New Wave films, setting the tone for a decade of cinema milestones.

It was French critic Nino Frank who first coined the term “film noir” in 1946. Americans didn’t use this term, referring to their films simply as melodramas. Whether or not the term describes a solidified genre or a grouping of stylistic elements still causes debate among scholars, today. Still, it’s easy to identify a film noir when you see one. Among the “Classic Noir” films are definitive works like Kansas City Confidential (1952), Ace in the Hole (1951), The Hitch-Hiker (1953), and The Big Combo (1955).

The true gems of film noir include some of the lower-budgeted pictures, and The Big Combo stands as a perfect example. A lower budget means less studio intervention, which means more room to experiment and push boundaries. In b-noir The Big Combo, transgressive themes and images could fly past the censors, resulting in some of the most striking filmmaking of the time. Richard Conte, a veteran character actor from the Golden Age, plays a diabolical villain with a twisted psychology and prurient desires, acting as a prototype to Dennis Hopper’s Frank Booth in the 1986 neo-noir Blue Velvet by David Lynch. 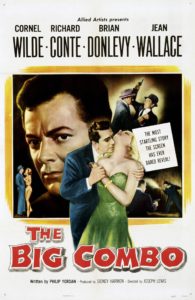 Poster for The Big Combo

Speaking of neo-noir, Kanopy’s selection, albeit small, has some worthy titles. The main one would be Memento (2000), the story of a man with memory loss who pieces together the murder of his wife by tattooing reminders on his skin. Told in reverse chronological order, Memento exemplifies the best of post-Tarantino non-linnear storytelling while harkening back to the psychological anguish and morally grey characters reminiscent of the films that inspired it.

The International Noir category contains a number of neo-noir films as well, told through the lens of a variety of cultures. Bob the Gambler (1956), by renowned French director Jean-Pierre Mellville, is listed first. But not listed is his even more lauded film Le Samourai (1967), a mesh of the private-eye archetype and popular 60s culture. Moving forward in time shows great crime thrillers like Oldboy (2003), a genuinely shocking tale of revenge by South Korean director Park Chan-wook. 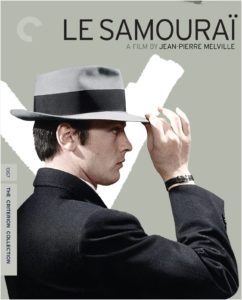 Lastly, the international noir section has the masterpiece by Fritz Lang, M (1931), which depicts the endeavors of both police and local crime organizations to track down a child murderer. M came out near the beginning of the sound era, long before any canonical noir films were ever made. Fritz Lang would go on to make some of the most famous film noirs, such as Scarlet Street (1945), The Big Heat (1953), and Ministry of Fear (1944). 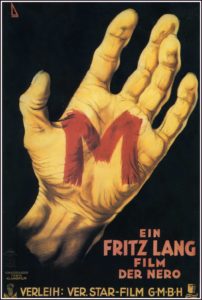 Don’t let the categories stop you, either. There are quite a few great film noirs left uncurated. I encourage you to become your own sleuth and find the perfect film noir for you.