← Writing your Own Stories Meet Your Local Librarian Pets! →

For many, KPL’s film selection is a major highlight of the catalog. We love to expand our movie stacks with both popular and highly-requested films, but also many of the lesser known ones from film festivals and boutique distributors. What follows is a brief summary of some of our newest materials. If you’ve been wondering if any of these unfamiliar titles are for you, then keep reading! 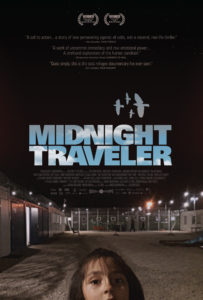 Hassan Fazili, an Afghani filmmaker, and his family flee their home country after the Taliban places a bounty on his head. Using only his cellphone, Fazili documents the family’s escape and arrival at a number of refugee camps, where they seek asylum. I caught this documentary at the True/False film festival in March 2019, and walked away thinking it would be a much bigger hit than it seems to be now. Recent films on the Middle East such as For Sama and The Cave have come out to overwhelming acclaim, particularly for their cinematography. Midnight Traveler offers an aesthetic and narrative counterpoint to those films that remains thematically and politically complementary. Its rough and gritty real-time story telling enraptures with intense subjectivity and propulsion. For an understanding of the intimate and harrowing  realities of families during these crises, Midnight Traveler is necessary viewing. 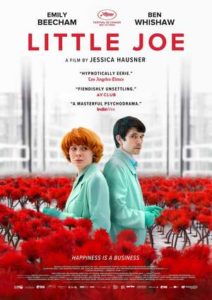 A strange and somewhat quirky environmental thriller, Little Joe may be off-putting for some due to its pace and tone. In some ways Jessica Hausner is the Austrian response to acclaimed Greek director Yorgos Lanthimos, whose films are often stylistically aligned with hers. Vaguely supernatural and unsettlingly quiet, Hausner’s films tend to probe sociological issues through the experiences of a deceptively willful and skeptical female protagonist in the midst of some kind of mysterious circumstance. In Little Joe, English actress Emily Beecham plays Alice Woodard, a botanist whose company has manufactured a plant that emits an anti-depressant fragrance. She slowly begins to discover that these infertile plants (which she has named “Little Joe”, after her son) have found a way to reproduce by taking over the minds of their owners and compelling them to make more plants. There’s certainly a strong “pod-people” element at work, but more fascinating is the subtlety of the behavioral change. Rather than being emotionless, the characters under the control of Little Joe act excessively normal, the difference between their real emotions and fake emotions completely undetectable, which disturbingly deconstructs traditionally held beliefs about human sentience and motivation. To what extent are we genuinely in control of our feelings, desires, and fates, and to what extent are we just programmed?

What You Gonna Do When the World’s on Fire? 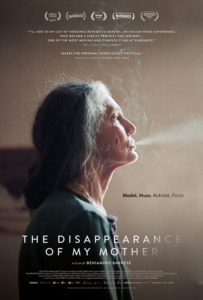 The Disappearance of My Mother

Directed by cinematographer Beniamino Barrese, The Disappearance of My Mother is both an autobiographical and biographical account of the life of his mother, former fashion star and outspoken feminist Benedetta Barzini. Nowadays, Barzini avoids the camera, which puts her at odds with her son, as he is always pointing one at her. To Benedetta, the film and photographic image is deceptive and inauthentic, serving only to reduce the subject to a two dimensional impression. Of course, to Barrese and other filmmakers, the film image can elicit truths impossible to see in reality. This moving, personal film takes us into the life of a reclusive, brilliant, mercurial woman whose outlook lends itself to much greater observations about life, family, and truth. Several times throughout the film, Barzini states her wish to escape to her own uninhabited island and leave her old life behind, while Barrese tries to desperately to keep her close. It comes down to a difference in perspective that seeks the same conclusion. Both want to see her as her most authentic self, to break free from the boundaries of perception. Barzini believes only isolation can accomplish this, while Barrese believes it can be done through the power of cinema. 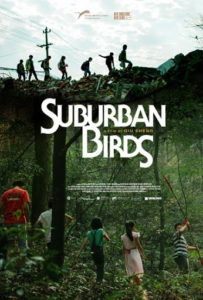 This is definitely the kind of film that requires patience, but if you’re acclimated to Slow Cinema and deliberately obscure stories and themes, then rest assured that Suburban Birds will be a very rewarding and challenging viewing experience. In a progressively urbanized Chinese suburb, two mysterious narratives play out. In one, a team of engineers and surveyors led by Hao investigate a series of unexplained craters on the edge of town. In the other, a precocious group of youths led by a young boy, also named Hao, spend their days roaming the woods and bird-watching until they individually begin to go missing. The film’s concept of time is not so much kaleidoscopic as it is ambiguously overlapping. In some ways the two Haos feel like past and present versions of the same person, other times like completely autonomous individuals. One navigates the crumbling urban landscape while the other ventures out into undisturbed nature, and sometimes their paths improbably cross. Through methodical editing, spacious and mystical cinematography, and peculiar motifs, director Sheng Qiu molds and intersects these dual paths to subtly explore industrialization, nature, the purity of youth, and the fragmentation of adulthood. 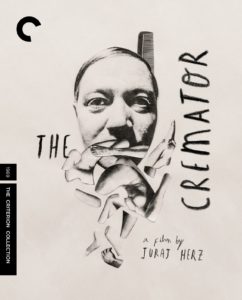 Considered one of the greatest Czech films ever made, The Cremator is a powerhouse work with historical significance and loads of aesthetic merit. Juraj Herz, in addition to being a famous director, survived the concentration camps as a youth and used this experience to form his political ideology, which is heavily present in this darkly comic and disturbing film. Actor and left-wing activist Rudolf Hrušínský plays the titular role, Karel Kopfrkingl, an unsettling Peter-Lorre-Lookalike in the 1930s who believes only death and cremation can save people from their suffering in life. Demented from the beginning, Karel slips deeper into insanity when Hitler’s Third Reich moves into Czechoslovakia and he succumbs to their totalitarian influence.

Shot in gothic black and white with brilliantly realized, disorienting compositions, the visual world of The Cremator will captivate you before the equally striking story can pull you in. A collage-like approach to editing completes the strange and frenetic tone of the film, successfully balancing a morose and dirge-like mood and a twisty, hyperactive pace. Hrušínský’s performance is brilliantly deranged but not through hysterics. Instead the dissonance between Karel’s delusion and his impeccable composure achieves this effect. Without a doubt, an excellent work from the Czech New Wave and sadly underseen in the States. It comes highly recommended, especially since it’s a Criterion release. 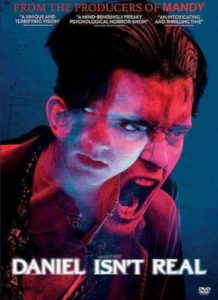 Starring two talented leads of Hollywood ilk, Daniel Isn’t Real boasts good performances on top of its inventive story and diabolical filmmaking. Miles Robbins, son of Tim Robbins and Susan Sarandon, plays Luke, a socially awkward college student who takes care of his mentally ill mother (the lovely and underused Mary Stuart Masterson). After suffering from major stress and anxiety attacks, he reconnects with his childhood imaginary friend, Daniel (Patrick Schwarzenegger, son of Arnold Schwarzenegger and Maria Shriver), who has also grown up. At first, Daniel acts as a benevolent if not unpredictable alter-ego, inspiring confidence in Luke and pushing him to form new relationships and have exciting experiences. Soon, however, Daniel becomes deranged and demanding, and as Luke continues to fight against him, he realizes Daniel may not be an imaginary friend, but a demon. Due to the pandemic, Daniel Isn’t Real never got its South By Southwest premiere, sending it further under the radar than it deserves to be. While admittedly a tad clumsy in its juggling of psychological, fantasy, and occult horror elements, this twisted buddy movie for the midnight horror circuit is in good fun and would be a solid pick for those looking for a dark and demented bit of genre-savvy cult entertainment.