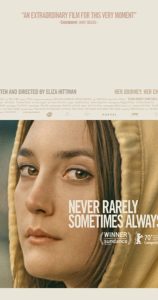 Eliza Hittman’s previous film, Beach Rats, explored the minefield of a male adolescent upbringing in an environment of toxic masculinity. As its protagonist stealthily moves between his macho circle of friends and anonymous liaisons with older men, his sense of stability and safety begins to erode. Hittman’s follow-up, Never Rarely Sometimes Always turns to the other side of the coin, examining the grueling experience of disenfranchised women in a battle for reproductive rights. After discovering she’s pregnant, reserved Autumn and her somewhat less-experienced cousin, Skylar, make a trip from rural Pennsylvania to New York City in order to get an abortion. This film is valuable viewing for folks on both sides of the issue represented. Told in an observational style, the film methodically depicts the grim realities of the abortion process with a clear-eyed view of its absurdities, cruelties, and inefficiencies, resulting in a well-rounded and critical, issue-driven story delivered with great nuance and moving performances.

One Cut of the Dead 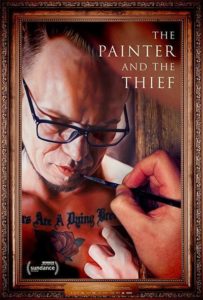 The Painter and the Thief

The Painter and the Thief

Czech artist Barbora Kysilkova paints stunning photorealistic works. After one of her paintings is stolen from a gallery opening, Barbora engages with the thief, Karl Nordland, and asks to do his portrait. From their first meeting stems a complex and intense relationship. As Karl’s flaws deepen and he becomes more destructive, Barbora’s investment in him grows, driven by inspiration and drawn in by a seemingly long-held fascination with damaged men, much to the concern of her current boyfriend. In a conventional sense, this documentary is about art and inspiration, addiction and recovery, but on a deeper level it seeks to probe and destabilize emotional and interpersonal boundaries. The results are rather fraught, but fascinating nonetheless. 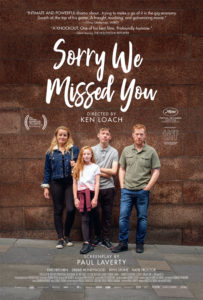 Sorry We Missed You

Sorry We Missed You

Ken Loach, Britain’s famous social realist, follows his Cannes prize winner, I, Daniel Blake, with another moving and penetrating view of the harsh realities of Britain’s working class. When Ricky Turner seeks a better job in order to provide more for his family, the pitfalls of the gig economy set him on a path to downfall. Buying a courier truck, Ricky finds himself under the thumb of a tyrannical and capitalistic depot owner who contracts his services. His wife, Abbie, struggles with the demands of her caretaker job when she is forced to take public transit. His son, Seb, becomes despondent and reckless, falling into a pattern of meaningless petty crime in response to a society that fails to support him. At 84 years old, Loach remains one of the most invigorated and in-touch filmmakers working today. His didactic, humanistic explorations of Britain’s economy and welfare systems correlates almost perfectly with those of the U.S. And while he’s one of the most brutal practitioners of the downer ending, the human warmth in his films provides seeds of hope. 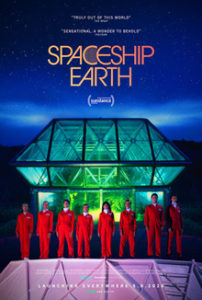 Biosphere 2 became a national phenomena in 1991. A team of (alleged) scientists went into a sealed off environment with the intention of staying for two years and receiving no supplies, relying completely on their self-sustaining enclosure to survive. The goal was to successfully create a man-made ecosystem that would support life in the hopes that space colonies could be established. However, the experiment was widely considered a failure. Interpersonal conflict sewed discord throughout the biospherians. One became injured and had to temporarily leave to get treatment. The plant life didn’t produce enough oxygen, and they had to borrow it from the outside. Even if the experiment had been successful, many scientists believe it was too disorganized to say anything useful. Spaceship Earth chronicles the decades that led up to this fiasco, beginning with a commune established by a man named John Allen. Allen, who considers himself a scientist, acts as more of a thought leader, a director, and organizer for a group of environmentalist performance artists. From the 70s to the 90s he amassed great influence, eventually getting the funding for this enormous project and receiving national attention. Quickly we learn just how unscientific the man was, but also how visionary he could be. The members of his group (some call it a cult) often come off as obnoxious and pretentious, but at the same time do accomplish staggeringly impressive works. I went through a range of emotions following these very weird, often annoying, but also brilliant group, and you will too.

What She Said: The Art of Pauline Kael 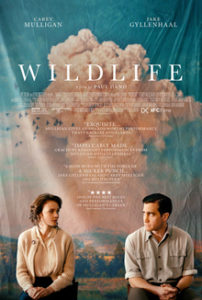 Actor Paul Dano makes his directorial debut with this subdued but lacerating drama about the fissures of the traditional family unit. Ed Oxenbould plays Joe Brison, a sensitive and reserved adolescent and only child of Jeanette and Jerry, played by Carey Mulligan and Jake Gyllenhaal, respectively. Their recent displacement from Idaho to Montana has been a strain on the family but their bonds remain intact. Jerry loses his job and goes to fight wildfires in the mountains, leaving Jeanette and Joe at home, worried and lacking support. Joe and Jeanette cope differently with their feelings of abandonment, the former withdrawing into total self-sufficiency and the latter unraveling as she engages in an extramarital affair. The script eloquently depicts the discomforting and sometimes upsetting process of transitioning from the child of your parents to one of their peers. In this uncertain and liminal space, Joe finds himself forced into performing the role of an adult around his mother while floundering in childlike ineptitude in the midst of her crisis. Dano utilizes stark cinematography and piercingly cold and confining set design to emulate the oppressive and sometimes hopeless atmosphere of an unstable transition into adulthood with precision and accuracy. 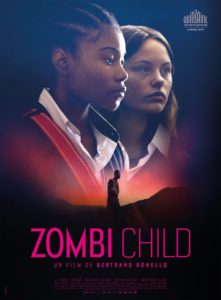 Bertand Bonello’s work can be provocative, unsettling, and sometimes inscrutable. His appeal may not stretch to general audiences, but for fans of French Art House cinema, he’s unmissable. Often political, his films depict highly specific, sometimes extreme scenarios in a slow-paced, oneiric atmosphere. With Zombi Child, Bonello shares a somewhat nebulous statement on colonialism by reimagining the stranger-than-fiction story of Clairvius Narcise, a Haitian man who claimed he was zombified and forced into slave labor. The plot primarily concerns Narcise’s granddaughter, Mélissa, a refugee of the Haitian earthquakes, as she attends a prestigious all-girls boarding school in France. Interspersed throughout the narrative are episodic glimpses of Narcise as he adjusts to his new, post zombification state. Mélissa’s friend, Fanny, upon learning about her voodoo roots, seeks to use the magic to fix a personal tragedy, to somewhat disastrous if not confounding effect. It’s not so much a horror film as it is a slightly unsettling, allegorical psychological drama with dark mysticism elements. If you’re not on board for this weirdsmobile movie, then I guess I can’t hold it against you, but the curious will be rewarded by its bizarre soundtrack, subtle but attractive cinematography, and low-key Suspiria vibes.

Nov
29
Mon
all-day Teen Relaxation Crafts
Teen Relaxation Crafts
Nov 29 all-day
Mondays, 11/1, 11/,8 11/15, 11/22, 11/29 Receive awesome relaxation crafts each week for the month of November. Supplies will be provided by the library. Pick up in the Teen Room. No Sign-up needed.  Just[...]
7:00 PM NaNoWriMo Write-In
NaNoWriMo Write-In
Nov 29 @ 7:00 PM – 9:00 PM
Are you motivated by the company of others? Writing doesn’t have to be a solitary act. Meet up virtually with your fellow NaNoWriMo writers! The library will provide the Zoom, you provide the words. This[...]
View Calendar
Add