Book Review: The Space Between Worlds by Micaiah Johnson 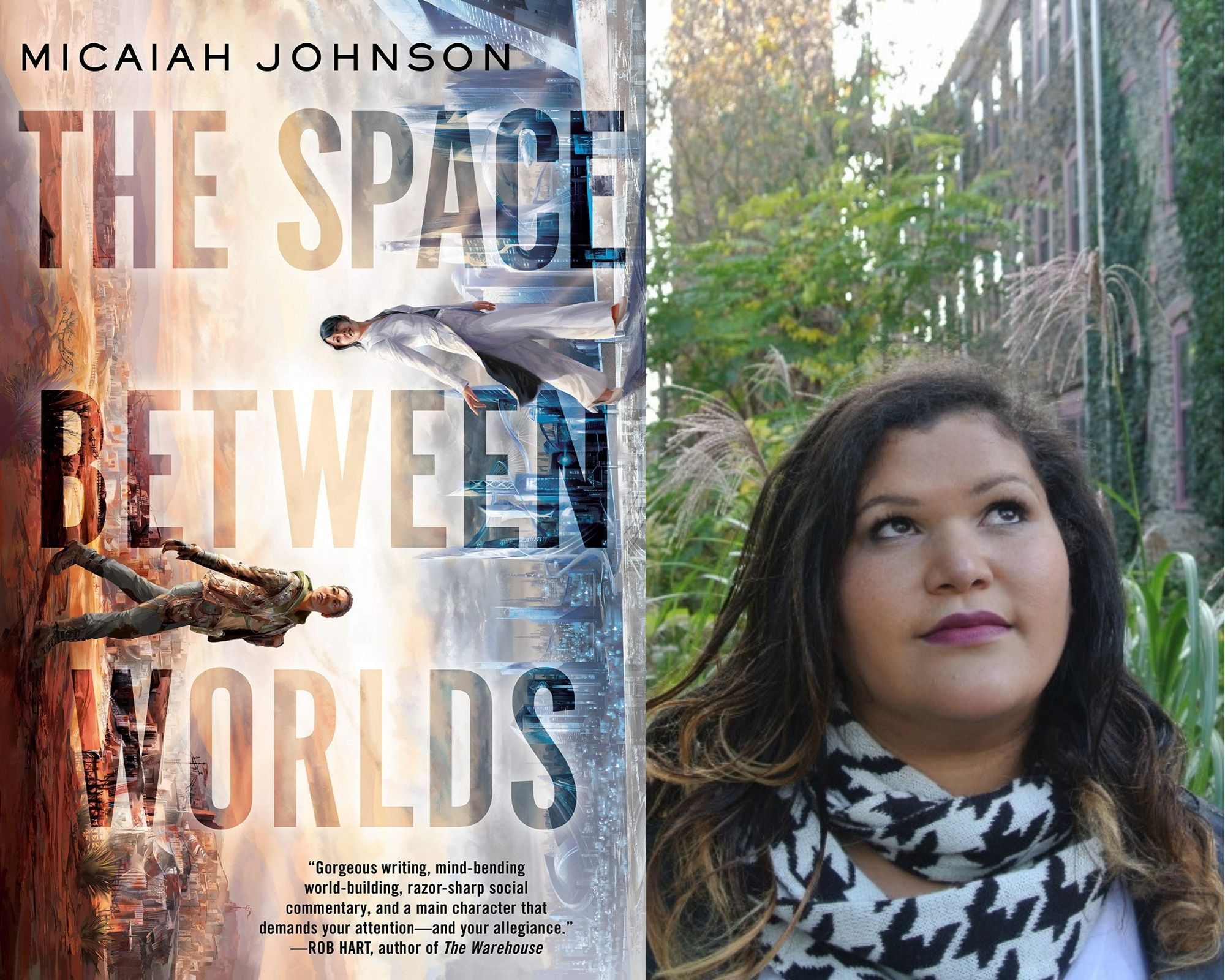 Micaiah Johnson’s debut novel The Space Between Worlds explores this concept. Multiverse travel is possible, but there is one small catch: you cannot visit another universe that you are alive in. The novel follows the main character, Cara, who has been killed in 372 universes which allows her to traverse across multiple universes and gather intel for the company she works for, Eldridge Institute. Cara describes herself as rare, that her worth is in how good she is at dying, because that allows her to traverse to more universes than others.

Cara is a resilient, ambitious, and headstrong woman of color who wants to make a future for herself. She talks often about how she is not afraid of death, as she has experienced it in countless different ways, but she also has a fierce passion to live. In reviewing her parallel selves and her current self, she has experienced trauma from her mother dying, living in poverty, or being killed by the abusive Blood Emperor of Ashtown, Nik Nik. Cara has a deep connection to her other selves but also her own ability to push through and survive. Following her narrative is captivating and her strength is admirable.

The other characters of the novel are also just as intriguing as Cara, like her mentor Jean and her coworker/long-time crush, Dell. They all have depth and feel like fleshed-out characters with their own motives, drives, and histories.

The Space Between Worlds also makes heavy and emotional commentary toward class, race, and privilege. In order to be a Traverser at Eldridge Institute, your parallel selves have to be dead, which means that people who are raised in societies that view them as lesser than, who are raised in poverty or war, are wanted.

Cara says early in the novel while describing traversing, “They [Eldridge Institute] needed trash people. Poor black and brown people. People somehow on the “wrong side” of the wall, even though they were the ones who built it. People brought for labor, or come for refuge, or who were here before the first neoliberal surveyed this land and thought to build a paradise. People who’d already thought this was a paradise. They needed my people. They needed me.”

The conflict of class, race, and privilege happens between characters as well. For example, Dell is alive in most worlds because she is raised in a wealthy family and had those privileges to ensure her survival. There are very few worlds that Dell is dead in. That is why Dell is not a Traverser. Because of Dell’s class privilege, there are tensions between her and Cara. Jean & Cara, who share a similar history, find comfort in one another.

The physical world-building in The Space Between Worlds is not detailed, as we only explore Wiley City and Ashtown, but the complex and emotional characters, analysis of class and privilege, and plot twists make the lack of world-building easy to forgive. I found myself entrenched in the novel because of the characters and the conflicts between them, not for the physical world itself. The plot twists did not feel forced or stereotypical—maybe some can be expected, but the impact they have on the characters is what continues to make them shocking.

The Space Between Worlds is a thought-provoking, exciting, and poignant read. Check it out here!

Mariah Pugliese is a Reference Librarian at the Kirkwood Public Library. When not at the library, she enjoys reading and writing sci-fi/fantasy and taking care of her 25+ houseplants who are all named after fictional characters in literature.