A 14-year-old Cambodian boy leaves home in search of a better life but is sold to a Thai broker and enslaved on a fishing trawler. As fellow slaves are tortured and murdered around him, he realises his only hope of freedom is to become as violent as his captors. -IMDB

Daniel experiences a spiritual transformation in a detention center. Although his criminal record prevents him from applying to the seminary, he has no intention of giving up his dream and decides to minister a small-town parish. -IMDB

Dave Not Coming Back

Two high level scuba-divers and long-time friends, Don and Dave, broke a world record for depth in the Boesmansgat cave in South Africa. It would take them 15 minutes to reach the bottom, but 12 hours to surface. Having reached the bottom, against all odds, they find a body. They decide to come back and retrieve it. They call the parents, enrol 8 fellow divers, and hire a cameraman to document the dive. The camera will follow them throughout the preparation and the dive, including to the bottom of the cave. Little did they know that on that historic dive, Dave would not be coming back. -IMDB

An innocent crush propels fourteen year old Lalo’s descent into the criminal underworld of illegal gasoline extraction. What begins as a fast track for the latest smartphone quickly veers into a deadly fight for his life. -IMDB 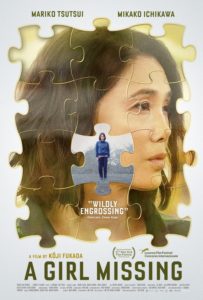 The films of Koji Fukada depict the unravelling of social ties. In 2016, his film Harmonium presented a scenario in which a man named Toshio is visited by an old friend named Yasaka who just got out of prison. Out of guilt, Toshio allows Yasaka to stay with him and his wife and child, but we eventually learn that Toshio participated in the murder that landed Yasaka in prison, for which Yasaka took all of the blame. This sounds like a great setup for a pressure cooker suspense tale, but Fukada’s restrained, formal style gives this story a clarity and sobriety that situates it outside of the thriller genre. In the end, rather than getting some kind of standoff or confrontation, we get a bleak and confounding examination of revenge as self-destruction, retributive justice as a form of hollow and self-involved satisfaction that completely avoids any type of story beat you might expect. Fukada achieves the same thing with his latest film, A Girl Missing, wherein a home nurse is put under scrutiny when her nephew kidnaps a member of the family she works for. Themes of vengeance pop up again, but this time the protagonist is far more sympathetic, and a heavier focus is placed on societal judgement and shame that comes as a result of this incident. Ichiko, the protagonist, while far less complicit than Toshio, still does come with flaws, and revelations about her past actions with her nephew do cast significant doubts on her integrity. The story is so morally gray as to be provocative. You can’t watch it and take a stance that feels satisfying. It totally muddles any sense of right and wrong for the discerning viewer. Some will find this quality of the movie frustrating, because people want to be on the right side, but what A Girl Missing reveals is that most of these kinds of situations have no sides, only perspectives. 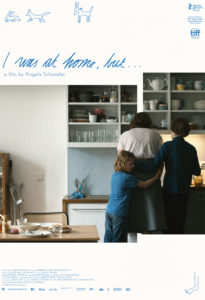 I Was at Home, But… (a reference to Ozu Yasujiro’s I Was Born, But…) depicts the daily life of a single mother and her kids shortly after the son goes missing in the woods for a week. Before the story proper, we see a dog chasing a rabbit in some remote wilderness far off from the urban locale of the rest of the film. Then, the dog, now eating the rabbit in an abandoned shack, is visited by a melancholy donkey that looks out the window. Yeah.

From then on, in many drawn out sequences shown in static long takes, we get a fragmented and intentionally ambiguous picture of this family. We glean small details, such as the fact that the father died several years before. We cut to other characters on the periphery, carrying on conversations we can never know the full context of. Drawing on influences like Robert Bresson, Michelangelo Antonioni, Ozu Yasujiro, and other minimalist filmmakers, Angela Shanelec tests the viewer’s patience through duration and obfuscation. Her films belong to the most frustrating and challenging schools of film, the cinema of the slow. While difficult and perhaps impossible to enjoy for some, I am always drawn to these movies. It’s a gutsy move for a filmmaker to offer absolutely no emotional guidance or narrative clarity and still expect you to watch to the end. This is cinema at its most elemental. Schanelec doesn’t even try to get you to like the movie, but dares you to understand, and for curious and patient arthouse lovers, that can be a paradoxically invigorating experience. 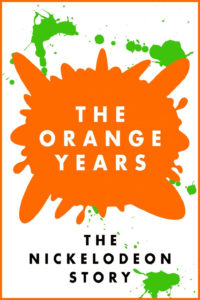 The Orange Years: The Nickelodeon Story

The Orange Years: The Nickelodeon Story

There’s nothing special about the execution of this documentary, but the subject matter is so fascinating to me that I don’t mind it being done in a basic and straightforward way. If you’re interested in the history of Nickelodeon before Spongebob Squarepants, when it was extremely subversive and weird to the point of being revolutionary, then I recommend it. If you’re a millennial or late Gen-Xer, especially, you will feel transported back to childhood, but it also includes a lot of really interesting details about the formation of some of the station’s iconic shows. So while it definitely functions primarily as a nostalgia trip, it’s also a well-organized oral history of a very unique time in kids’ programming.

A daughter, mother and grandmother are haunted by a manifestation of dementia that consumes their family’s home. -IMDB