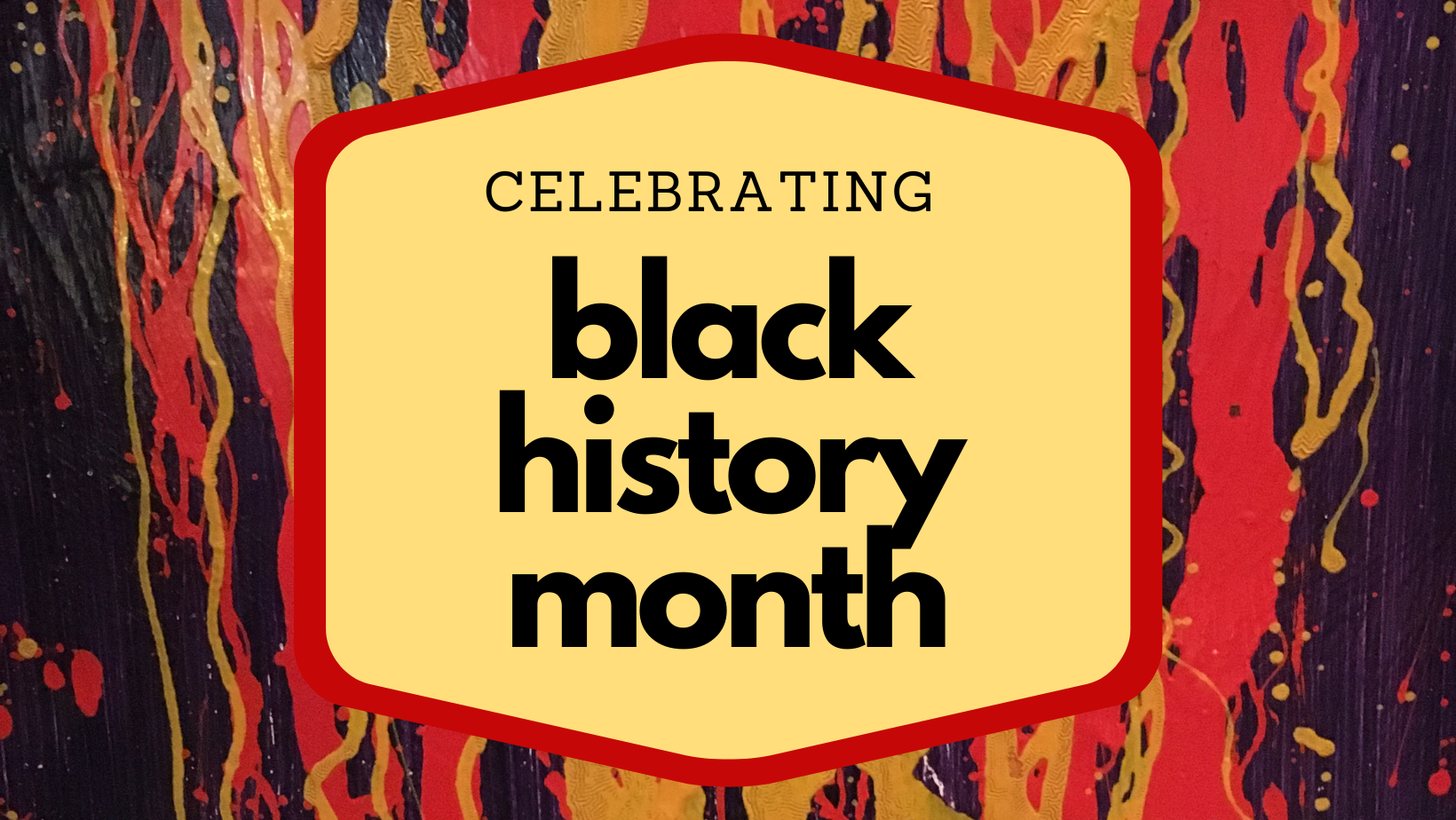 February is Black History Month, a chance to turn particular attention to the culture and experiences of the Black community in America. Often we use this month to talk about the injustices and trauma that have been a constant theme throughout Black History, and still continue today. While that is a very important topic, in this blog we’re going to focus on another important cultural aspect that is sometimes overlooked: Black Joy.

Below is a list of movies that primarily showcase the art, accomplishments, love, and everyday joy of African Americans. Each includes a link to our catalog, so you can place a hold right away!

Barbershop (2002) – Calvin never wanted to take over the family business, a barbershop on the south side of Chicago. One morning he decides to sell the shop to Lester. Calvin spends the day at the shop, starts to understand the importance of the legacy left to him, and discovers that the barbershop is more than just a place to get a haircut. Calvin gradually changes his mind about selling the shop, but it may be too late.

Beyond the Lights (2014) – The pressures of fame have rising star Noni on the edge – until she meets Kaz, a young cop and aspiring politician who’s been assigned to her detail. Drawn to each other, Noni and Kaz fall fast and hard, despite the protests of those around them who urge them to put their career ambitions ahead of their romance.

Black Panther (2018) – King T’Challa, the Black Panther, returns home to the isolated, technologically advanced African nation of Wakanda to serve as new leader. However, T’Challa soon finds that he is challenged for the throne. When two enemies conspire to destroy Wakanda, the Black Panther must join forces with a CIA agent and members of the Wakandan Special Forces, to prevent Wakanda from being drawn into a world war.

Brown Sugar (2002) – Sydney and Dre are childhood friends who share a love for music, especially hip-hop music, and have an unsung love for each other. When Dre decides to marry a woman who is all wrong for him, Sydney must make her move or risk losing her soulmate forever.

Coming to America (1988) – An African prince must find a bride, and the mission leads him and his loyal friend to Queens, New York. In disguise as an impoverished immigrant, the pampered prince relishes the chance to test his mettle in the urban wilderness. A comedy classic.

Dreamgirls (2006) – Three young women who want to become pop stars get their wish when they are picked to be backup singers for the legendary James “Thunder” Early. The girls discover exactly what it takes to be in the music business and what they must give up to realize their dreams.

Drumline (2002) – Halftime is party time for the gifted street drummer who snares the top spot in his university’s marching band. He initially flounders in his new world, before realizing that it takes more than talent to reach the top.

Hidden Figures* (2017) – As the United States raced against Russia to put a man in space, NASA found untapped talent in a group of African-American female mathematicians that served as the brains behind one of the greatest operations in U.S. history.
*This movie does include strong themes of overcoming racism, but it also shines a light on amazing, intelligent, determined women of color.

Jumping the Broom (2011) – On a weekend wedding in Martha’s Vineyard, two African-American families from different socioeconomic backgrounds clash during their first meeting before the big event.

Last Holiday (2006) – When Georgia learns she only has a few weeks left to live, she gathers her money, quits her job, and flies to the swank European resort she’s always dreamed of visiting.

Little (2019) – Jordan is a take-no-prisoners mogul who torments her long-suffering assistant and employees daily. She soon faces an unexpected threat to her personal life and career when she magically transforms into a thirteen-year-old version of herself just before an important presentation.

The Photograph (2020) – When famed photographer Christina Eames unexpectedly dies, she leaves her estranged daughter Mae Morton hurt, angry and full of questions. After finding a photograph tucked away in a safe-deposit box, Mae finds herself on a journey delving into her mother’s early life and ignites a powerful, unexpected romance with a rising-star journalist, Michael Block.

Sister Act (1992) – In this comedy, a nightclub singer is forced to take refuge from the mob in a convent. While there she turns the convent choir into a soulful chorus complete with a Motown repertoire. The sudden celebrity of the choir jeopardizes her identity.

Soul* (2020) – Joe Gardner is a middle-school band teacher who gets the chance of a lifetime to play at the best jazz club in town. A misstep takes him from New York City to The Great Before, a fantastical place where new souls get their personalities before going to Earth.
*At publication this is not yet available for checkout, but you can sign up for the waiting list!

Southside With You (2016) – Chronicles the summer afternoon in 1989 when the future President of the United States, Barack Obama, wooed the future First Lady, Michelle Robinson, on an epic first date across Chicago’s South Side.

Spiderman: Into the Spider-verse (2019) – Miles Morales is the new Spider-Man but must also walk the balance between his personal high school & family life and his life as a superhero. He becomes familiar with the Spider-Verse, where there are endless variations on Spider-Man. All of the various Spider-Men will have to band together when villains threaten the safety of the Spider-Verse and of the world itself.

Waiting to Exhale (1995) – The story of four African-American women who journey through a modern labyrinth of husbands and lovers, jobs and makeovers.

The Wiz (1978) – A discontented kindergarten teacher living in Harlem is lost in a blizzard and comes upon the wonderland of Oz. There she meets new friends, tries to find her way home, and finds that her life is not so bad after all.

Amanda Berberich is the Assistant Director of Adult Services at Kirkwood Public Library. She loves hiking, traveling, photography, and crafting. Her favorite rainy day activity is reading (preferably historical fiction, romance, or fantasy) in a comfortable chair with a cup of tea and a warm lap cat.